Emre Erdemoglu presented his A/W 2016 collection on the 22nd of January 2016, the last show day of Mercedes- Benz Fashion Week Berlin. The young designer, who founded his brand in 2012 and the same year started teaching at Halic University, showed us an avant- garde, refreshing and cool collection. His endlessly edgy pieces stayed in mind and convinced us with their very special detail- awareness and uniqueness. Whereas last season his collection was dominated by menswear pieces and eye- popping colourful suits with striking penguin pattern, this season a large number of womenswear creations were displayed. The pieces of this collection were flamboyant and unique, yet urban- chic and wearable.

As we remember from previous seasons, metallic were a big trend for numerous seasons and guess what? They are still on the radar. For that collection, the creative spirit behind the brand chose a rainbow of metallics, consisting of silver, copper and golden hues. Albeit also white, rosewood and night black played an important part. Our favourite piece? A metallic vest that we would love to inject in our autumn/ winter 2016 wardrobe. Another trend that is still up to date is faux fur which is featured in this collection as well.

The cuts of the collection were kept casual which underlined the effortless mood of this collection. Due to the combination of cool metallics and effortless cuts, the pieces stayed endlessly edgy. In addition to those looks, over- sized mirrored sunglasses, bagpacks, brogues and sneakers were worn. Completely charming!

The make- up of the female models was kept natural with emphasised eyebrows and focus on the eyes that were highlighted with silver mascara including eyeliner. Supplementary to that, the hair of the models was worn as a ponytail and with silver highlights.

We will definitely keep an eye on Emre Erdemoglu and on all upcoming collections! 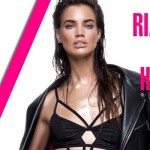 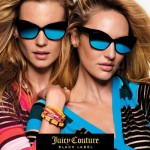