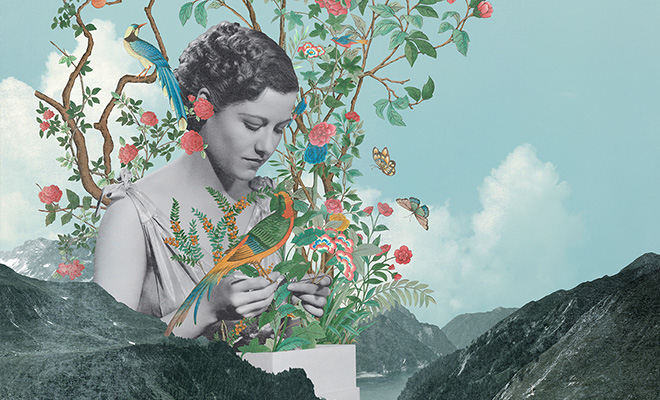 #Guccigram Tian is the second installment of collaborative digital projects by GUCCI. In the first project online illustrators and image-makers were invited to make artworks featuring the Gucci Blooms and Gucci Caleido motifs. In the center of second #Guccigram project is a new Tian pattern. In Chinese, Tian can mean sky or heaven; the print represents a vision of the sublime that references Chinese Bird and Flower paintings, a genre dating back to the 10th century.

In #GucciGram Tian, curated by House Creative Director Alessandro Michele, as in the first edition of the project, artists have been asked to bring a fresh perspective to the Tian print through remixing it in their own ways. Their work urges us to look closer, to engage with the imagination and enter surreal worlds that evoke a daydream or distant memory. Cao Fei, who participated in Gucci’s No Longer / Not Yet exhibition in Shanghai last October, locates a pair of Tian slippers (that she herself created) in a rundown urban setting, contrasting centuries-old Bird and Flower art with today’s industrialised China. Meanwhile, Cheng Ran, a specialist in multimedia video projects, presents a surly kitten with the Tian pattern swirling in the background. The Korea and Australia-based Jaesuk Kim highlights Tian in a whimsical design featuring his own illustration of a woman in a tree lounging over the House’s Padlock bag. Charles Loh explores this theme even further by setting a terrarium in a landscape of real flowers and branches, all against a backdrop of the print, as if on a stage set. The Indonesian Fajar P. Domingo slices the Tian print from its original design and pastes it into a new context, where a lady in black-and-white releases the pattern into a wide-open natural vista, allowing it to cover the world. In Yoshito Hasaka’s riff, we see what happens when the design escapes, turning entire Tokyo buildings into floral cascades. Notably, all the contributors to this second edition of #GucciGram are Asian, and in this way Gucci is returning the pattern to its source. At the same time there is clearly an appeal to nostalgia in the Tian design that refers back to Western orientalist fantasies and 18th-century Chinoiserie. These are the types of nuances that interest Michele, whose work demonstrates a continued willingness to cross between the aesthetics of different time periods. The Tian print and its remixes push that idea further. As these artists broadcast their work over Instagram, audiences will see how disparate cultural elements can meld smoothly. It’s an education in cultural syncretism, where no one vision dominates – rather than a clash, #GucciGram Tian represents a confluence of cultures as creative barriers around the world break down in the era of the Internet. – from Gucci 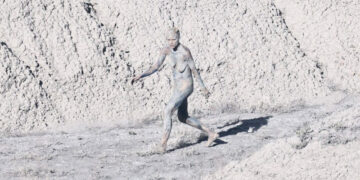