The ever gorgeous Candice Swanepoel besides revealing her pregnancy, also revealed her latest GIVENCHY Campaign. Angel Candice teamed up with legendary fashion photographer Peter Lindbergh for the stunning new imagery photographed with styling by the one and only Carine Roitfeld. The famed French editrix who’s also the global fashion director of Harper’s Bazaar naturally chose a striking couture dress from Givenchy by Riccardo Tisci. Lindbergh who’s globally represented by 2b Management photographed the new campaign with the team in Abu Dhabi, United Arab Emirates.

Discover more of the stunning campaign images after the jump: This is the third edition of the famed perfume where supermodel Candice replaces songstress Alicia Keyes as the brands new fragrance face. Dahlia Divin Le Nectar de Parfum is the follow up after the Eau de Parfum released originally back in 2014 and the Dahlia Divin Eau de Toilette sent to the shelves in 2015. Candice is represented globally by IMG Models the latest Givenchy deal is the perfect timing before the Victoria’s Secret angel takes a deserved maternity break. The new perfume is representing the fashion house’s haute couture sentiment with the release of this rich feminine note. The perfume is developed by François Demachy who mentioned the flowers of mimosa and rose as one of the key ingredients. The famed video director Gordon von Steiner has also created yet to be released video accompanying imagery by Peter Lindbergh. The new release is is hitting the shelves around the globe in 30, 50 and 75 ml Eau de Parfum Intense bottles. 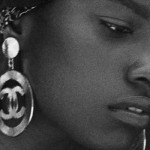 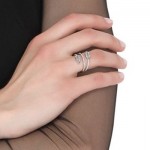