The ultimate supermodels line up reunites for the international travelling exhibition ‘Peter Lindbergh. A Different Vision on Fashion Photography’, now open at the Kunsthal Rotterdam. The exhibition is  an initiative and product of the Kunsthal Rotterdam created in the joint effort with museum’s curator Thierry-Maxime Loriot and Peter Lindbergh. Supermodels attending the opening were Cindy Crawford, Eva Herzigova, Milla Jovovich, Amber Valletta, Nadja Auermann, Tatjana Patitz, Karen Alexander, Cecilia Chancellor and Lara Stone. In addition to the supermodels the exhibition opening was also attended by Tina Turner,  fashion designers Viktor & Rolf, Haider Ackermann, Julien d’Ys, Stephane Marais as well as fellow photographers as Anton Corbijn and Paolo Roversi. The opening had more than 6000 guests, see the video from the event below.

On Friday the international press gathered in the Kunsthal to be the first to visit the exhibition with Peter Lindbergh and no less than seven supermodels. In the presence of Peter Lindbergh and the proud mayor of Rotterdam Ahmed Aboutaleb, in the evening Tina Turner visited the exhibition of the photographer with whom she has been friends for years during the exclusive preview in the Kunsthal. There are also two portraits of Tina Turner in the exhibition. During the book signing on Saturday afternoon, fans of Lindbergh and the supermodels had the first opportunity to visit the exhibition and to have their catalogue signed on the spot by the photographer and the models. Hundreds of visitors queued all afternoon to take advantage of this unique occasion. – from The Kunsthal

The eventful exhibit features more than 220 photographs on display by the legendary photographer, it is open by the February 12th 2017. The exhibit is accompanied by a book by Lindbergh created in collaboration by Canadian curator Thierry-Maxime Loriot, with an introduction by the director of the Kunsthal Emily Ansenk, published by TASCHEN.

Discover more from the opening event after the jump: 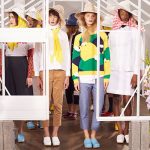 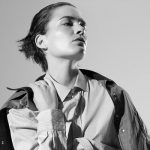