This year, Munich Media Days, which took place from 25th- 27th of October 2016, celebrated its 30th anniversary at the International Congress Center Munich (ICM). This renowned event can be described as a convention of international guests working in various fields of the media industry, for instance media entrepreneurs, producers, and politicians. This event is notable for its carefully chosen and incredibly interesting topics, as well as its prominent guests. Incredibly inspiring! (Munich Media Days Summit, Prof. Dr. rer. nat. Dr. h.c. mult. Wolfgang Wahlster)

This year the motto was: “Mobile & Me- How the ego controls the media”. In our virtual times, that theme is on everyone’s mind. An exhibition was held parallel to the panels and key topics covered were the consequences of technical development e.g. artificial intelligence and virtual reality. At various exhibition stands, visitors could experience virtual reality and inform themselves about its latest trends. The Munich Media Days Summit was presented by television host Dunja Hayali, and opened with a kick-off speech by German chancellor Dr. Angela Merkel. Dr. Merkel addressed risks of digital media communication, and emphasized the importance of preserving media plurality with a diversity of opinions. As she explained, this plurality forms the basis of political participation in a informed, critical society: it is diversity that broadens society’s horizon as well as being a requirement for compromises. Dr. Angela Merkel appealed to the audience to always defend freedom of press. Although she also pointed out that the internet can get dangerous, as when algorithms distort the truth. She explained that users who only want to see their own opinion confirmed play a part in contributing to that. As a consequence, she demanded algorithms must be transparent. Additionally, she warned that often the authenticity of informations and pictures cannot be certificated. She underlined the importance of keeping quality standards high, as that strengthens credibility and trust.
However, the German chancellor likewise underlined the opportunities of our virtual society: the research area of artificial intelligence is “one of the big topic areas” of the future. Algorithms and Big Data are essential for that field, assuming that data protection works, and the intended purpose is just.
According to Dr. Angela Merkel, one of the main challenges of the media policy are competition law, consumer- and data- protection, and protection of intellectual property. She underlined the importance of European standards. Siegfried Schneider, one of the two hosts, President of the “Bayerische Landeszentrale für neue Medien” (BLM) and chairman of the shareholders’ meeting of the Munich Media Days talked about the changes of this business.  According to his speech, it is a time in which “Algorithms, Bots and intelligent recommender systems change the media landscape.”
Horst Seehofer, the second host, Minister- President of Bavaria, reminded the audience of the first Munich Media Days. Thirty years ago, the media landscape was very well-structured.

Prof. Dr. Dr. h.c. Wolfgang Wahlster, Director and CEO of the German Research Center for Artificial Intelligence (DFKI), revealed the impacts of digital disruption. In the past, numbers have been collected, saved, and processed. The next step will be to interpret this data with the help of algorithms, and to then refine and monetize them. To master that task, artificial intelligence plays a major role. The Professor of Informatics showed several examples in which machines had learnt thinking (Deep Learning). It is now possible for machines to recognize faces, voices, or incidents, such as car accidents. Machines try to learn human skills. He also warned about risks of artificial intelligence. If algorithms undertake the tasks of editors, the choice of news and informations will be more transparent. Therefore critical distance and independence cannot be guaranteed. Martina Koederitz, Chief Executive Officer of IBM Germany and General Manager of IBM Germany, Austria and Switzerland, underlined the advantages of artificial intelligence. According to her, artificial intelligence can assist in finding the answers to numerous problems.
Philipp Just, Managing Director of Google Germany, introduced us to Google DeepMind, which explores mechanical learning. “The system is learning for you”, he stated, “We have to clarify the value of data to people.” Conrad Albert, who is a member of the Executive Board of ProSiebenSat.1 Media SE and General Counsel of ProSiebenSat.1 Group since 2006, and is responsible across the Group for Regulatory Affairs & Governmental Relations, German Industry Relations, Group Content Acquisition, Legal Affairs, Distribution Contract Management, Corporate Security, Group Compliance and Shareholder & Boards Management, explained: “Less Algorithm, more human”.
Dr. Armin Wolf, co- chief editor of TV- Information at the ORF (“Österreichischer Rundfunk”) and moderator of the news magazine ZIB 2 underlined the importance of quality of journalism. He underlined the importance of context and intricacy for journalism – the distinction between truth and falsehood, or sense and nonsense should be clearly visible. Who controls the media? Especially for companies social media platforms can be useful to reach more people and win new customers.

The users gain in importance, but also algorithms, artificial intelligence and personalization.

The Media Summit ended with a refreshing performance by comedian Django Asül. We will definitely keep an eye on new media trends and developments! 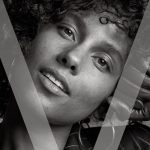