With J.J. Abrams on board HBO likely has TV’s biggest hit of the season in their hands, but what did the first episode of Westworld offer? DESIGN SCENE Magazine’s Contributing Writer Matti Bygod explores Episode 1.

It was 1994 when The Simpsons aired its Itchy & Scratchy Land episode. The plot was about a theme park of robots made to entertain us but somehow turn against us violently. I had no idea at the time Itchy & Scratchy Land was a parody of Michael Crichton’s Westworld and Jurassic Park. Years later after watching the 1973 film of the same title I was more than excited to hear the announcement HBO was planning a series based on the film. Westworld is a not too distant futuristic theme park set in the wild west where robot-androids exist to help you live out your wildest fantasies. Do you want to be the hero or the villain? Do you want to to rob a bank or fall in sexual lust with someone that catches your eye? The choice is yours if you’re one of the high paying “guests” because the “hosts” are “built to gratify the desires of the people who come to visit”. This alone is an interesting concept to base a show on but Westworld builds layers of intrigue by exploring the staff that keeps the park running, the programmers, the writers and the creator of the theme park himself played by Anthony Hopkins.

In the first episode we meet Delores played by Evan Rachel Wood; an ingenue in every sense of the word, she’s young, sweet and in love with a good guy played by James Marsden. Delores starts her day the same way every day, she wakes up with errands to run, landscapes to paint and she ends her day with heartbreak. This is when we’re introduced to Ed Harris’ man in black character. Ed’s brooding gun happy character turns out not to be one of the hosts but a guest that’s been visiting Westworld for 30 years. His character seems to be very familiar with Delores but she has no memory of who he is or what he’s planning on doing with her. Ed’s character kills her family and her lover before dragging her off into the barn. This kind of violence is all part of the game but her horror and fear seems real and visceral. Every host in the park resets daily losing all knowledge of what previously happened to them. The park programmers mention the host’s memory is stored but they have no way of accessing their previous memories. Delores and many of the other hosts live out a daily horror only to be reset hours later.

The first episode takes us through a few versions of how the day can play out in Westworld. Each robot-android has various paths they can follow and there’s always multiple story lines happening for guests to participate in at their leisure. One of the most effective scenes was a violently amplified heist scenario where a group of gunslingers came to town to shoot up the locals and steal some loot. The scene is abruptly stopped mid monologue by a guest who shot the lead gunslinger in the neck. Westworld feels immersive until it reminds you that it’s basically a video game. This contrasted with the behind the scenes look at how the park is maintained adds enjoyable layers to the story. We’re left wondering if there’s more to this park than entertaining wealthy people. There’s hints at prior malfunctions and issues with new android update. The last update gave some of the hosts added realism but it’s also causing some disturbing glitches. Ed Harris’ man in black is not only violent but also thinks there’s more to the park than meets the eye as he’s discovering clues to a bigger game being played.

Westworld is designed to explore what it means to be human and stretch your understanding of human empathy. Is it all fun and games to murder or have sex with an android designed to be murdered and used? Does consent or morality mean something if you’re not technically human? I was very pleased with the questions this series is asking of us and how much intrigue they were able to pack into the first episode. The big budget and gorgeous scenery definitely has me excited for more!

I’m going to make a bold prediction that this series explores the less than popular Futureworld concepts as well. I might be wrong but if I’m not I called it first. 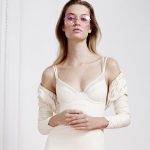 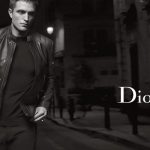