“It’s taken me a long time to find anybody who I thought had as much potential as Carrie Bradshaw, who was as complicated, human, layered, and objectionable yet understandable, relatable yet foreign. People think she was a second skin for me, but she wasn’t. I didn’t know her at first. She was different from me as anybody I’d ever played or known. So I feel like Frances is equally as interesting and unknown to me.” – Sarah Jessica Parker on playing Frances in HBO’s Divorce. 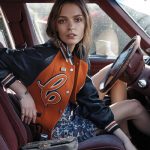 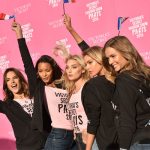