Disney and Lucasfilm  have as expected dominated the box office this week,  with “ROGUE ONE” by the reports heading to the first week opening in $145 to $150 million range our Contributing Writer MATTI BYGOD discusses the strength and weaknesses of this latest release.

Rogue One: A Star Wars Story stars Felicity Jones as Jyn Erso, a warrior who teams up with Diego Luna’s rebel spy, Cassian Andor, to destroy the evil growing Galactic Empire. For a prequel Rogue One manages to escape the curse of being awful but doesn’t really do much except set up the plot for the original trilogy.

Just the mention of the word ‘prequel’ is enough to to turn people sour when it comes to Star Wars films. We all try to forget the bitter taste the three prequel films left us and likely for this reason, it was wise for Disney not to describe Rogue One (the first standalone ‘Star Wars story’) as such. Rogue One lives up to the hype, it delivers an entertaining and albeit engaging experience but it wasn’t quite distinctive enough to really chart out new territory for an older franchise. Laden with references from its predecessors like recreated shots, lines of dialogue and and overkill of characters cameo-ing…if that’s not a real word it should be.  I’m all for a cameo, I’m not raining on the cameo parade but I’m not a fan of characters returning in CGI form or to make you feel nostalgic for a better film. Rogue One’s plot is essentially one long battle and is designed as a lead-in to the events in the 1977 original film. This may sound off putting but the action is where this films strength comes from. Since we’re all familiar with the story and this being a prequel I was more inclined for something action heavy rather than retreading familiar ground. Rogue One collects a band of new characters along the way that feel mostly disposable considering the time line, especially as the film joins up with A New Hope in its final act. When a few familiar faces, ship designs, and old-timey futuristic bits of technology make an appearance, they’re appreciated fan service but they’re also a reminder that we already know what happens next. I sound like I’m nitpicking because I am. These large franchise beasts Disney releases are going to make money regardless of quality but the pressure to deliver quality needs to be there so we’re never subjected to what happens when studios rest on their laurels. I am very optimistic about Star Wars moving into anthology territory. Decades of stories have been written within that universe that are worth exploring. I think they have the potential to be more compelling stand alone films than the new three chapters will be. Rogue one had a year of hype and re-shoots to deal with but still managed to generously meet expectations. It’s a really well crafted action experience with a fun diverse cast. I can get behind all of that so may the force be with the next Star Wars film we get and for all of you still waiting for tickets for this one.
Review Written by Matti Bygod – @mattibygod 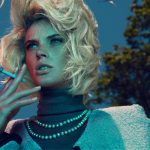 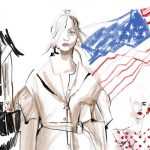