Carmen has a loose, voyeuristic, improvisational mood that reflects Sevigny’s interest, “in making a short-film about process, being a woman, celebrity and ego. It’s about the love of the craft, the love of the art, the repetition of it.” The script developed by Carmen Lynch first writing her own stand-up material and then Sevigny building intuitively around that. – from Miu Miu

The film captures a lot of who I am. When you’re on the road, being alone doesn’t even feel like being alone anymore. A lot of us comedians are introverts, observing and listening.– Carmen Lynch

See the atmosphere at the world premiere at The Roxy Cinema: 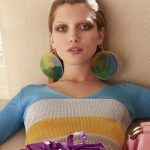 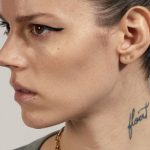