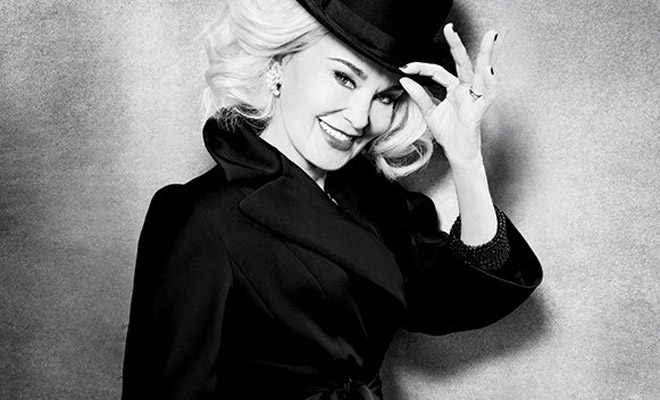 Jessica Lange Graces the Pages of Out Magazine April 2017 Issue

Jessica Lange Graces the Pages of Out Magazine April 2017 Issue “Well, I’ve never seen Joan Crawford as being monstrous at all. We did all that research — I read the four biographies, her own books, and hundreds of interviews — and no one ever said anything but kind things about her. I don’t want to comment on mothers and daughters [and the relationship described in Mommie Dearest], because within any family there’s always a part of a relationship that no one outside can ever understand. But from everything I’ve read, it seems impossible that the woman was as monstrous as she was made out to be.
What we did [with Feud] is explore all the other different aspects of her: her tragic childhood, her tremendous ambition. I think any time you come out of a situation like Joan did — which was really a Dickensian kind of childhood, with a mother who didn’t want her — there’s a survival instinct that propels you. When she got to MGM she really fell into lockstep — she said it was her only family. It taught her everything she knew. So it was a combination of being grateful to that system for giving her a life, and also this kind of strident playing by the rules… Whether or not you want to conflate that with ambition, she did rise to the top of a very competitive profession, coming from absolutely nowhere, with every strike against her and nobody in her corner to help her. And she did it with a certain amount of grace. I think that’s extraordinary.” – Jessica Lange on Joan Crawford