Discover PRADA‘s latest campaign –  Encounters, part of 365, Prada’s visual stream of advertising, photographed in the intimacy and familiarity of a domestic setting by Willy Vanderperre. A series of ambiguous yet genuine encounters are captured between the new faces of Prada Pre-Fall 2017 – Selena Forrest, Kris Grikaite and Nina Gulien.

They are portraits of models, but also of split-second moments, of encounters, cementing instances in time. The models are caught midway through a gesture – rising from a chair, advancing, retreating – their intentions ambiguous, their reactions spontaneous and unrehearsed. The moments captured here do not only represent reality, they are a reality, reflecting a fundamental inspiration behind the Prada Pre Fall 2017 collection. Reality, normality and honesty. A truth in each encounter – a real portrait of Prada, and this season’s Prada women. – from Prada 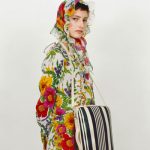 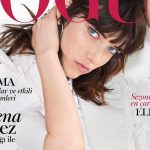