American superstar Lana Del Rey stars in the cover story of Flaunt Magazine‘s Cadence edition captured by fashion photographer David LaChapelle. In charge of styling was Brett Alan Nelson for The Only Agency, who for the session selected looks from the likes of Miu Miu, Christian Siriano, Brandon Maxwell, Gucci, Giambattista Valli Couture,  and Alessandra Rich among other. Beauty is work of hair stylist Anna Cofone for The Wall Group and makeup artist Pamela Cochrane for Bridge Artists.

“It’s more like we just don’t have as much cultural practice at taking the time to appreciate ourselves for who we really are. We spend a lot of time when the nation was founding building government, money, and then getting the education system down, so it’s not like some cultures where you take time to mediate, et cetera, on your own dreams, wishes, self worth. I think it’s not enough practice. It’s not like they teach you that in school. But I think that that’s changing too. That’s actually a lot of what the record is about. Even in “God Bless America”… ‘Take me as I am, don’t see me for what I’m not… Only you can save me tonight.’ It’s about seeing people: what they’re actually doing. Who they actually are.” – Lana on today’s culture. 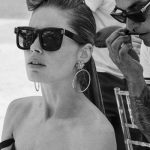 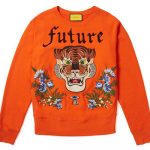