Supermodel BELLA HADID becomes the face BVLGARI Goldea The Roman Night, the newly released fragrance by the french fashion house. In charge of the photography was the prolific GLEN LUCHFORD who worked with Bella also on a striking video campaign.

The fragrance is formulated by the famed perfumer Alberto Morillas who worked on iconic fragrances such as Kenzo’s Summer but also the undeniably timeless Calvin Klein fragrance CK ONE.

Scroll down to see more from the shoot as well as Bella’s video filmed for Goldea The Roman Night. Hadid escaping a boring and posh classical music seance might be her way to the Oscar as VOGUE recently debated, or it comes as a nice little homage to Audrey Hepburn’s Roman Holiday. See our review of BVLGARI Goldea The Roman Night on BEAUTYSCENE.net. 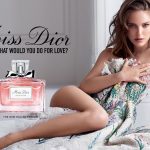 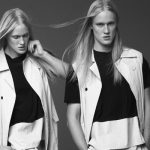