“The maximalist luxury ready-to-wear designer finds her influence in the era’s heroes: photographers Joseph Szabo, Hugh Holland and Jay Adams; when summer would swing round and pools were drained so that the cool crowd could show off their latest skate skills; when youth ruled, the backyard was where it was at and when being cool was all that counted.

Collection takes her signatures, such as the bomber and a shimmering bright pal-ette, and translates it into all things beach-bound: palm and sea-life motifs; poolside patches and sten-cilled slogans; wide-leg palazzo trousers and flowing off-cut dresses with waves crashing around them and even a zip construction that follows the same wavy wild contour. Little sassy skirts are draped to glamorous yet soft effect, jackets take on a jumpsuit sensibility with swags on the hip or on the arm; while crop tops are in crochet or mesh bugle beads. Brushstroke designs make for a nod to the raw na-ture of Pettibon’s and Basquiat’s work, notes of graffiti too, while a series of oversized T-shirts take this LA style into easy-to-wear territory.“ 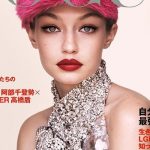 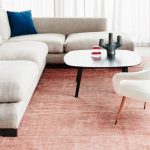