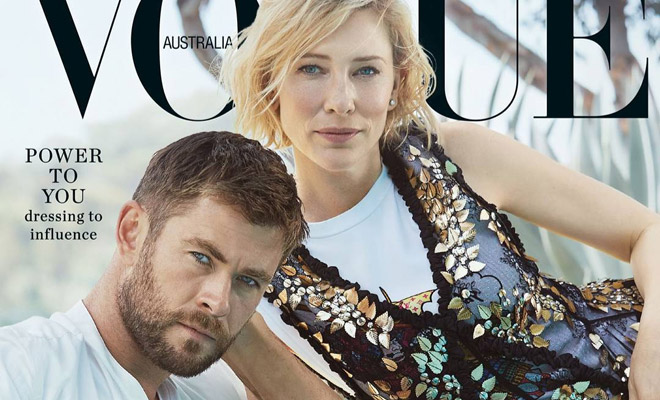 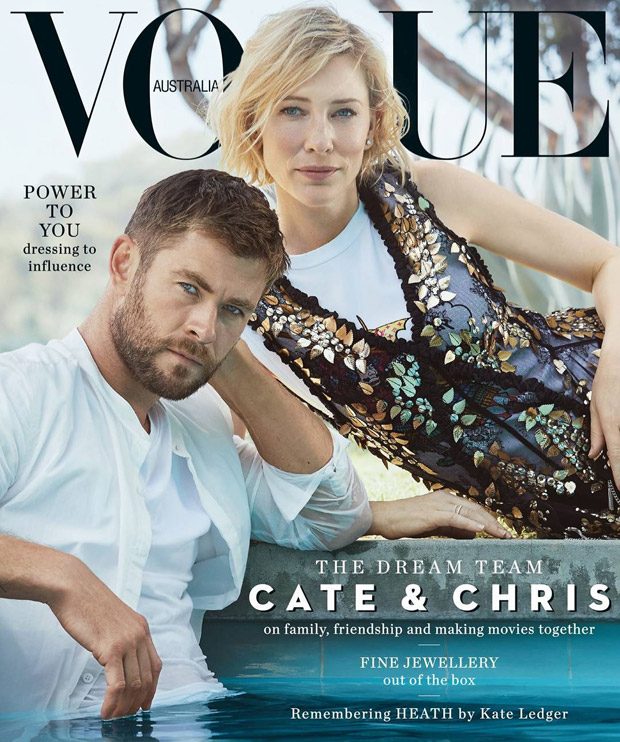 #ThorRagnarok stars Cate Blanchett and Chris Hemsworth team up for the cover story of Vogue Australia‘s November 2017 edition captured by fashion photographer Will Davidson. In charge of styling was Christine Centenera.

“It was sort of intimidating at first, especially the lead-up to meeting her, I was like: ‘Okay, this is Cate Blanchett’ … My nerves were certainly more elevated than usual. No matter how many times I tell myself: ‘I’m the lead, I’m the number one on the call sheet’, it still feels like I shouldn’t be; it feels like I’ve cheated somehow. I remember trying to talk myself into feeling better about it, like: ‘Cate Blanchett is coming onto my set’, ‘It’s my film, I’m Thor’ and then another part of me is like: ‘None of that matters!’ But then she comes in and immediately I thought: ‘Oh great, she is wonderful and normal and easy to get along with, and hilarious and has a great sense of humour and all of that.’” – Chris Hemsworth on meeting Cate Blanchett.

“Chris really led the tone of the set – he’s a genuine leading man in that role. From the minute I met him, I knew it was going to be great.” – Cate Blanchett on meeting Chris Hemsworth. 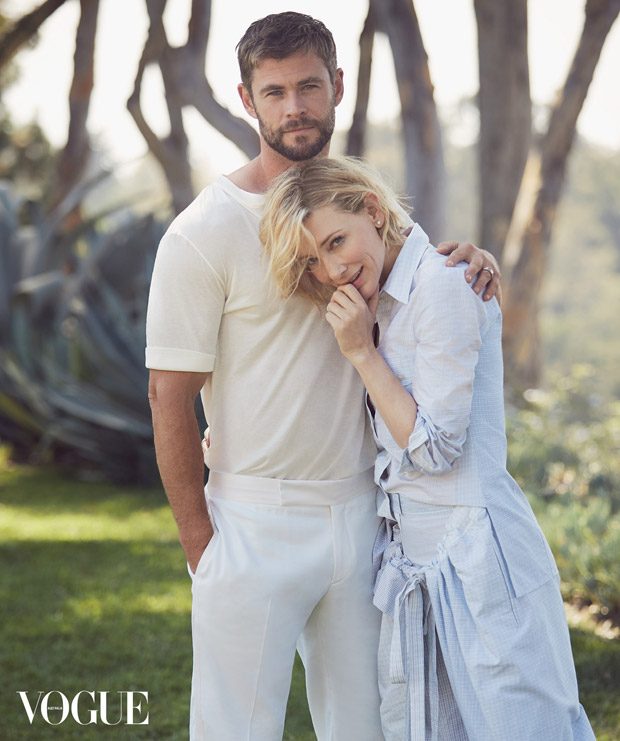 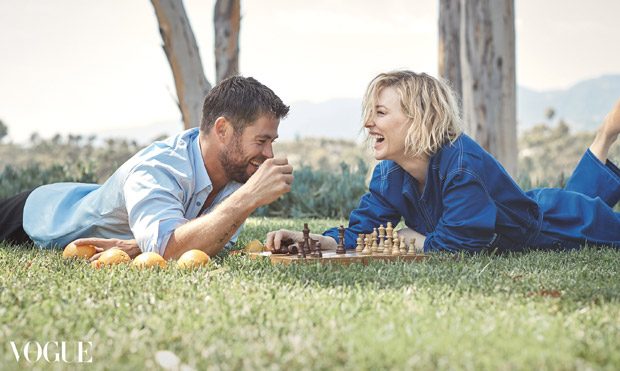