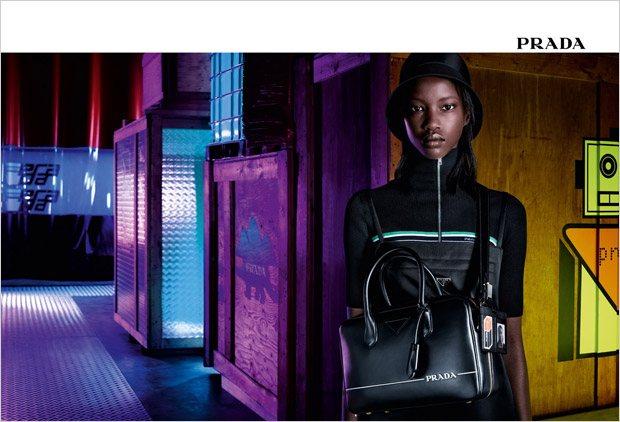 Discover Prada‘s Pre-Fall 2018 Industreality advertising campaign featuring models Kris Grikaite, Fran Summers, and Anok Yai lensed by fashion photographer Willy Vanderperre. In charge of styling was Olivier Rizzo. For Prada‘s Pre-Fall 2018 collection that combines the functional with the feminine, campaign was set in a fantasy factory, offering a look into different type of the Prada woman.

“Captured by Willy Vanderperre in the fictitious factory set of the ‘Prada Warehouse’, these images play with the notion of the ‘manufactured’ – the created and the creative; the imagined and the imaginary; to make and to make-believe. This striking, heightened scenario, bathed in surreal, cinematic Technicolor – another expression of fantasy – is an interplay on the visual vocabulary of invention and reinvention. In these stills, the reality is found in the personas of the trio of models – Kris Grikaite, Fran Summers and Anok Yai – who people these shots and whose distinct personalities shine through the images.“ 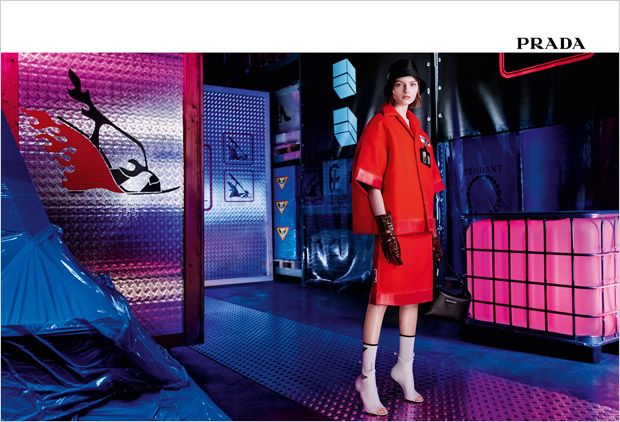 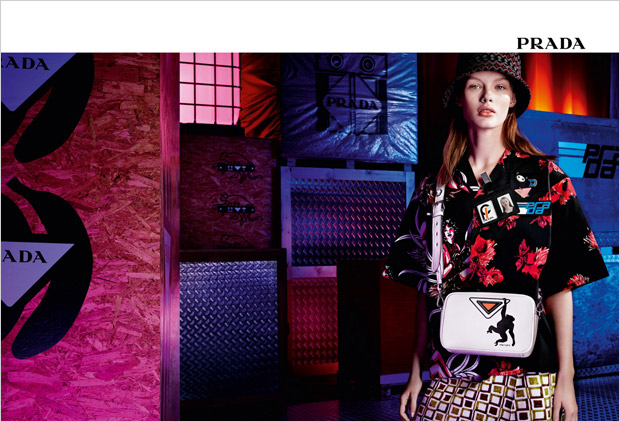 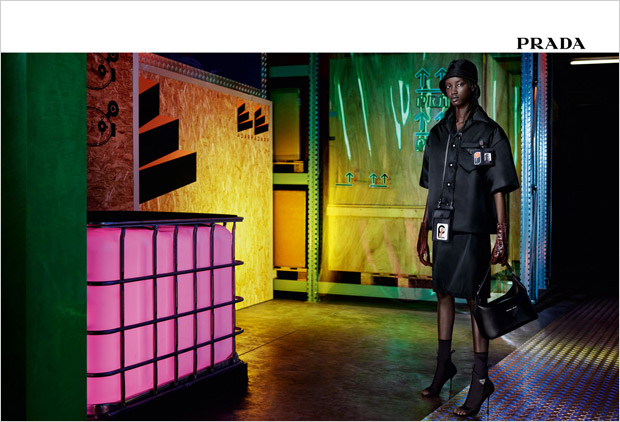 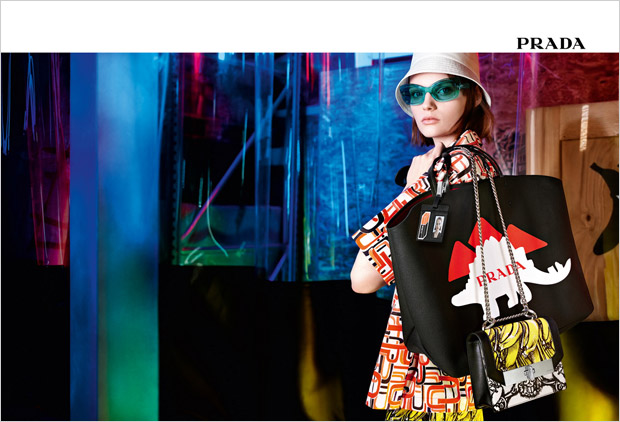 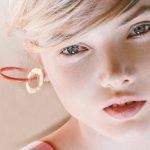 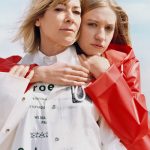