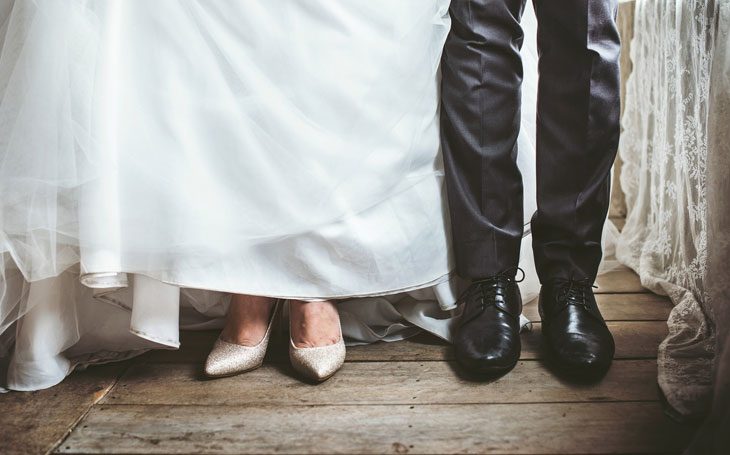 Wedding garters have become important parts of a bride’s outfit on her big day. Of course, though it may be a part of it, it is not visible for the most part of the day, since it is under the gown. It does show itself later on, when the groom takes it and throws it at the single guys invited. There are loads and loads of options as far as colors and styles go, which means that every bride can find something to suit her personal taste. Let’s dive deeper into the world of this little accessory. 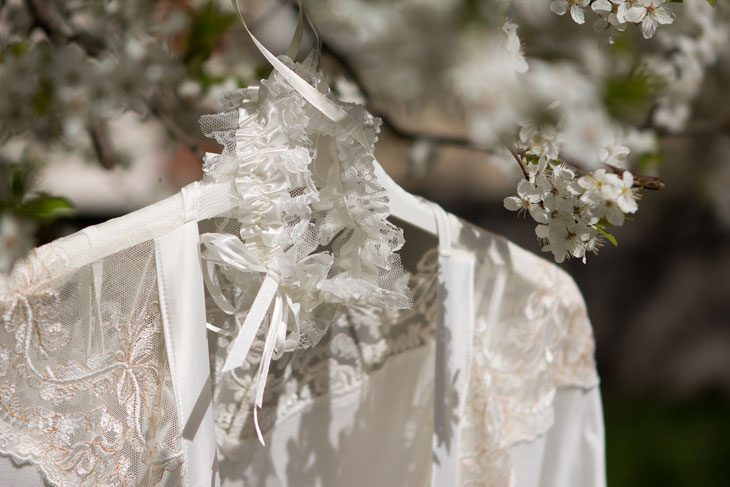 Centuries in the past, the wedding day was surrounded by what seems to be a never-ending amount of superstitions. One such idea was that guests who left with a piece of the wedding dress would then have good luck. What this meant in practice was that guests would basically attack the bride to get a piece of her dress. To avoid this, brides started to wear a specific accessory that was reserved for this, and that accessory was the garter.

Another one of these beliefs was that the garter was a symbol of the consummation of the marriage between the freshly married couple. As such, family and friends showed it to the rest of the guests as proof.

While these beliefs are quite different, both of them have one thing in common, which is that the garter was made to be removed from the bride; not kept.

Nowadays, the job of removing the garter is something only the groom does. During the reception, there is special time that is allocated for this, where the room removes it in front of everyone else, and then throws is towards the single men. This typically happens after the bride throws her bouquet. These two traditions are very similar in meaning, since whoever catches the garter or the bouquet is said to be the next one to get married. Then, the individual who caught the garter puts it on the girl who caught the bouquet.

The garter actually also has another function of its own, which is to hold up the stockings on the legs of the blushing bride. Because of this, there isn’t a rule regarding which leg it should be placed on, though there are brides who wear two of them, so that they will be able to keep one. If you choose to do so, keep in mind that they should both be placed on the same leg, with the one that’s going to be tossed, be lower than the one that’s going to be kept. The most important thing to remember here is that regardless of where the garter is placed, the groom should know its location, just to make the moment quicker.

As a general advice to keep in mind, it’s a good idea to make sure that the garter is not placed too high, or too low. As such, you should wear it just above the knee, since there it won’t be too tight, causing discomfort, but it also won’t slip off either. Nevertheless, it is very important to remember to try it on before the big day, to see where it feels most comfortable, and to ensure that it actually fits.

Essentially, when wearing it, the biggest thing to keep in mind is that the groom is going to retrieve it in front of other people. Because of that, it’s a good idea to ensure that it’s placed somewhere where you won’t feel embarrassed when the retrieval happens. 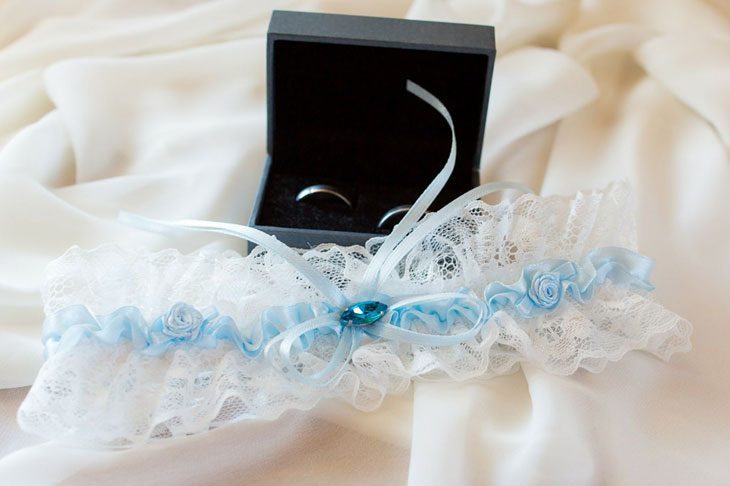 Since the garter is not going to be visible, you can pick one that is going to match your personality as much as possible. You can get a white one if you want to stay within the traditional style, or a sexy, colorful one if you want it to look wonderful when taking pictures. There are unlimited options as far as colors and styles on Glitzy Secrets.

The sets have two garters, one which is usually more embellished, while the other is plainer. They match both for colors and design, and the bride can keep whichever one she wants to. Materials that are typically used include silk, satin and lace. While the first two feel very nice against the skin, lace looks absolutely beautiful.

Garters have a rich history as far as the special day goes, and understanding it can make the details you incorporate into your big day even more special. The take-home message in this case, just like pretty much every single aspect regarding the wedding day, is that you should customize it to fit your particular tastes and preferences, because, after all, you’re the one wearing it.