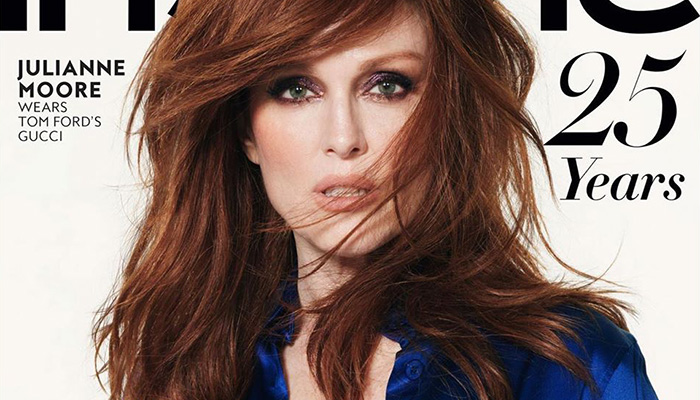 “Another thing I really resent in our culture is the conversation about aging. Everybody’s aging all the time — men, women, and children. But why has that become a narrative for women? It’s because, traditionally, the only currency that women have had was how they looked and who was going to marry them. So, if all your power is derived from your beauty and your youth, then that’s going to be something people hold on to. That’s no longer true. We do not need to subscribe to that narrative. It doesn’t matter. That’s why I always want to get that question out of interviews. That’s an old question, a sexist one.” – Moore for InStyle