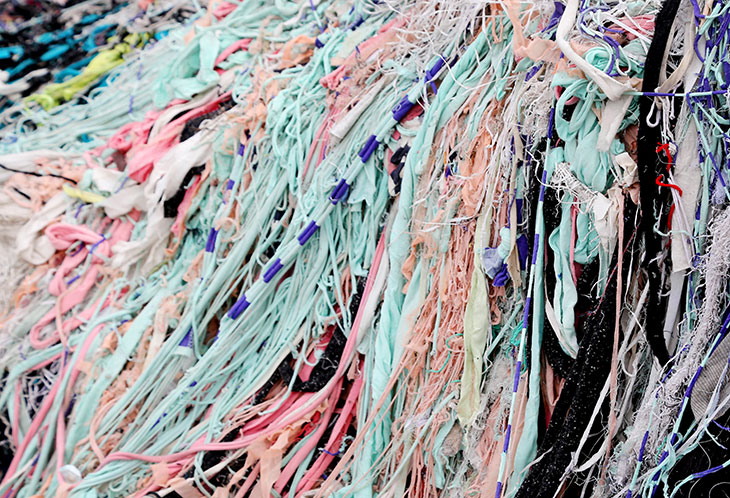 Being one of the most polluting industries in the world, now more than ever, fashion needs an urgent change. Recycling is one way of thinking ahead to the problems that are going to need extra attention when we get through the Covid19 crisis.

If you wonder what happens to all the fast fashion we irresponsibly buy – it is usually destined for dumping or burning. But there is another solution to this problem. A small town in Italy called Prato is a great example as it has built its reputation on recycling used clothes into knitwear and wool. This part of Tuscany has been the home of Italy’s textile industry since the 12th century, and up to 12 million garments are made here each year.

Unlike producers elsewhere in the world, those in Prato have been recycling and reusing wool since the mid-19th century. The good thing is that recycled wool doesn’t mean a drop in quality, but it also makes manufacturing less expensive.

Used woolen rags arrive in Prato, compressed into bales from all over the world. Using the expertise and technology to recycle wool and cashmere, this special process strips used sweaters and clothing back to being fibers, called “mechanical wool”. The materials are carefully chosen by experts based on their colour, so the coloring process is no needed here, saving the environment from the negative impact of dyeing.

According to The Florentine, in 2017, 142 million kilograms of materials were converted into fibers by Prato’s textile industry.

There is no better moment than this for fashion to take its environmental responsibilities seriously enough and Prato should surely be crowned as the capital of recycling and circular economy.