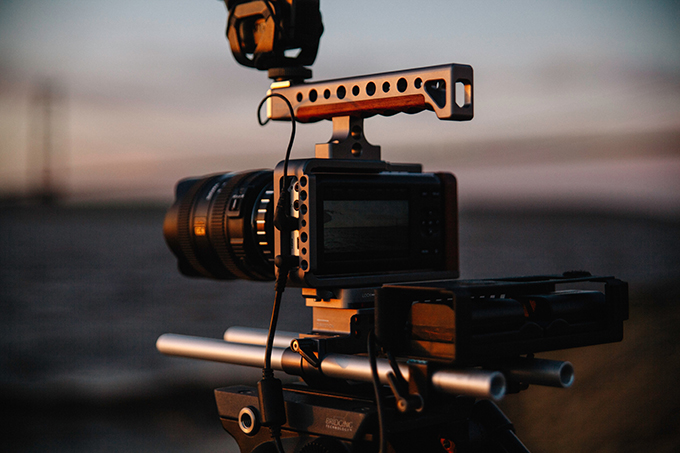 Thanks to technological innovation through time and space, there are high-quality video cameras built into smartphones and portable microphones we can attach directly to our phones to shoot videos. However, there is much more to it than simply pointing a camera and shooting. Video production involves creating video content that is aired on the Internet, TV, or as home films. Taking videos on a camcorder or phone of your teenager’s high school graduation or child’s piano recital for memory’s sake does not fall under the niche of video production. That is a home movie.

In this article, we embark on finding out if you should DIY or hire a professional video production company whether you are planning to produce a product feature, brand video or are just curious about the topic. But first, let’s find out what the video production process is in the fashion world.

What Does The Video Production Process Entail?

Failing to plan is the perfect recipe for failure. In this stage, mapping out your strategy and listing down objectives you hope to achieve ensures you go through the process smoothly. During this stage, the production team will work with you to discuss your budget, define the target audience, come up with a concept for the video, pick a set and cast for shooting, and establish how much filming time is required.

Scripting is also done during the pre-production phase to guide the filming crew and editing team. Companies such as Spiel claim that the script is fundamental to the video production’s success. It’s important that you’re effectively conveying all of your messages and the script will emotionally resonate with your audience. At this juncture, you decide on things like logistics, administrative duties, makeup, outfits, and props.

Here, it’s all about filming. The video production team moves between locations you picked out in the first stage. They shoot every scene to capture the video content and subjects. The crew may have to return to previous sets until they obtain a satisfactory result.

The filmed footage is then taken to a lab, and a video editor selectively combines the clips. The result is a video that conveys a particular message or tells a story. During the post-production stage, the video production company will constantly share the video drafts in case of last-minute changes. 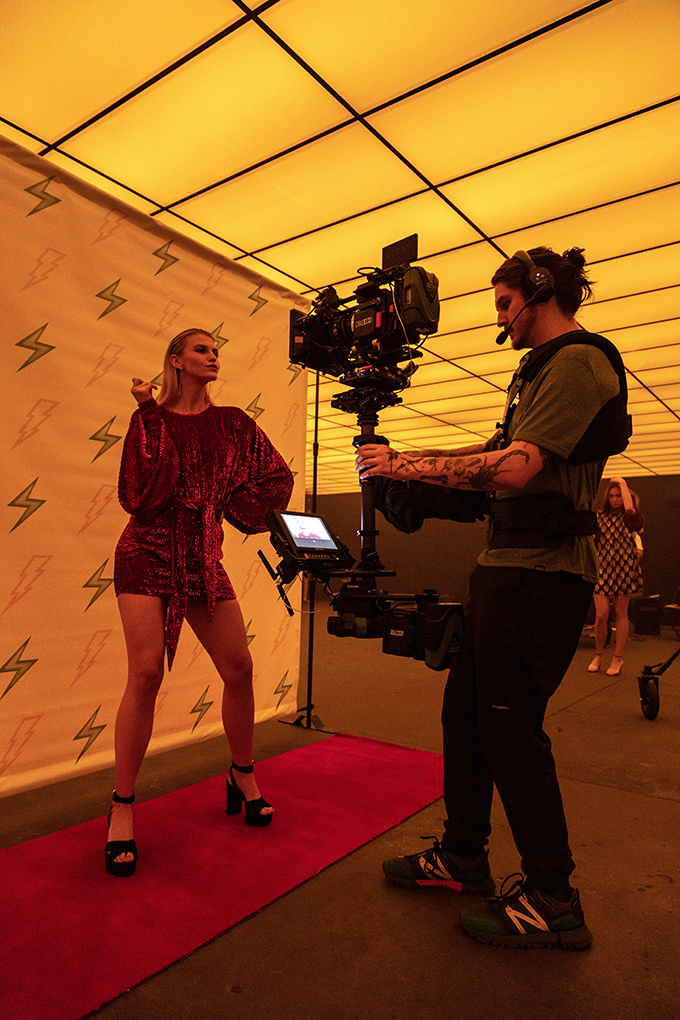 Hire An Expert Or Do-It-Yourself?

The DIY trend is being propagated worldwide, which has a large portion of the masses convinced that they can do anything under the moon. However, video production is an art and science that requires a specialized skill set to create visually stunning videos that deliver the intended message. If you choose to walk the DIY video production route, invest in the best quality equipment and software for video editing and filming, get your creative juices flowing, and effectively plan your video production process from conceptualization to completion, which might be expensive and time-consuming.

Nothing beats an expert’s touch. It might be due to experience from working on numerous projects or their accessibility to highly-skilled staff and equipment. Outsourcing the services of a video production company can get you noticed while you convey your message. They typically comprise crew members, each with a unique skill set. 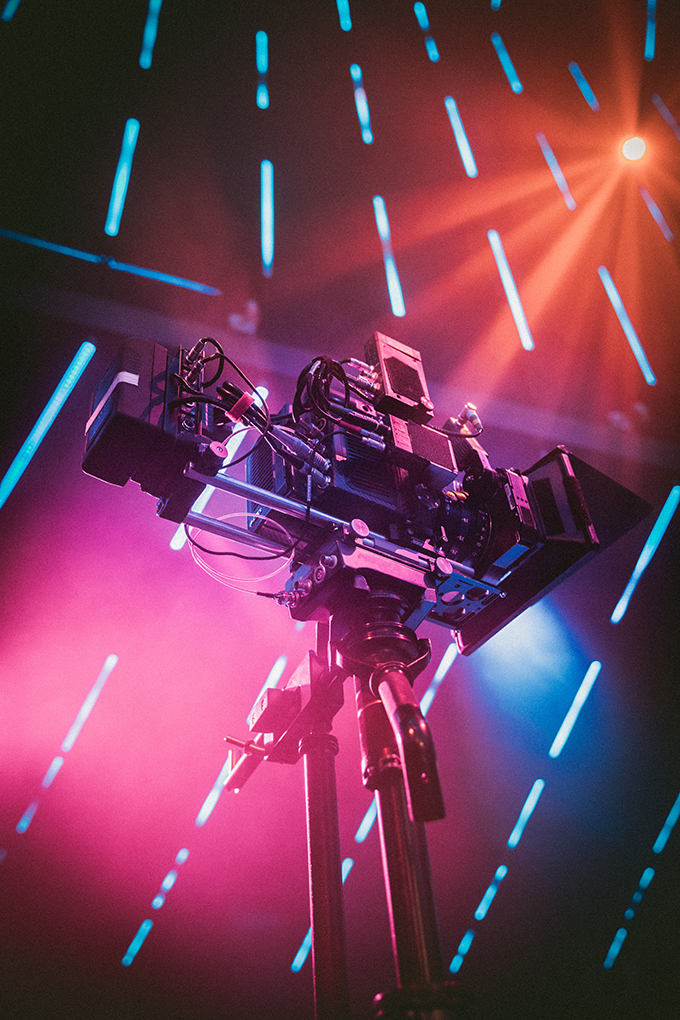 Which Basic Equipment Do You Need?

The Internet is awash with tons of articles, tutorials, and blogs with varying information concerning this topic. If you are not keen enough, confusion may set in, leading to indecisiveness. We have therefore gone out of our way to come up with the essential video production startup guide. This information is adequate to help you get one step closer to accomplish your mission. Ensure you or the videographer you hire has all the essential equipment.

Let us begin with the camera. Currently, there are numerous types and brands of cameras in the market. Making the wrong choice could have long-term detrimental effects that will most probably leave you frustrated. The most significant consideration is flexibility. You want a camera that allows you to move about freely without being cumbersome. Getting all the proper footage and shots of models determines the overall quality of the video. Thus, opt for a camera that does not hinder your movement.

Other key considerations include the camera’s overall size, size of the lens, external mic input, manual focus, and standard features like a tripod mount and optical image stabilization. If you are purchasing from a physical source, request to conduct a test run. Since most stores are adamant about lending you their merchandise, bring a memory card with you to record test footage. Furthermore, you grasp a feel of the camera’s usability, ease of navigation, and controls.

After you capture your shots, you will require a platform that facilitates piecing together the footage to create a seamless fashion video, such as a computer. An Apple Mac or regular PC will work adequately. For the best performance, pick one running on an intel core duo processor or higher, with at least four Gigabytes RAM. If you choose an Apple Mac, invest in Final Cut Pro software for professional editing. For Windows PC, go for Premiere Elements. It can also be used with Mac. Although it is somewhat limited in functionality, it still serves its purpose and is comparatively cheaper than Final Cut Pro.

Storage Space and other accessories

Most video files are enormous. Thus you require plenty of space on your hard drive. However, to avoid exhausting your PC’s storage, an external hard disk drive comes highly recommended. You may have to record several takes and pick out the best during editing. Accessories like a tripod, lenses, various types of lighting, audio XLR cables, and extra batteries could be handy.

Fashion videos are produced for a variety of reasons. Individuals, startups, and even established organizations are finding more uses for them in their daily operations. They are an effective tool for delivering your message to the masses and growing your business. If you have the skilled labor and resources to tackle the task, you can try DIY. Otherwise, consider hiring a reputable video production company that can smoothly manage the process from beginning to end.