“Vienna is a handsome, lively city, and pleases me exceedingly.”, says one of the most famous quotes about the city written by the great composer Frederic Chopin (1810-1849). One of the most beautiful cities in the region, Vienna is famous for its astonishing architecture, art and culture.

Visiting this cultural epi-center of Europe, we’ve chosen Palais Hansen Kempinski Vienna as our base to explore the city. Placed right in the heart of the city, the hotel is synonymous with luxury travel, offering an enduring comfort, exceptional style, and remarkable service.

This superior five-star hotel is situated in the city’s prime location, the Ringstrasse, close to the most popular sights. The best of Vienna’s cultural and dining locations can be found mere footsteps from the hotel. The museums like Kunsthistorisches Museum, Museums Quartier, Mumok, House der Music, Operahouse and Albertina lie within a 15 to 20-minutes stroll. Most of the Vienna’s famous landmarks including the iconic St. Stephen’s Cathedral and the historic center of the city are also within a walking distance. However, you will have to get the cab if you are planning to visit the iconic Belvedere Museum, Schönbrunn Palace, Prater and Hundertwasser’s Museum.

The hotel is a result of the careful restoration and renovation of the heritage building designed by the famous architect Theophil Edvard Hansen. An outstanding representative of Neoclassicism and Historicism, Hansen designed the hotel to welcome visitors of the World Exhibition in 1873. The Parliament building, the Vienna Music Society, the ancient Stock Building, the Museum for Applied Arts and the Palais Epstein are among his other achievements located along the famous Ring Boulevard. Until the mid-1990s, the hotel served as a home to the police headquarters and several different municipal departments.

The Palais Hansen reopened in 2013 as part of Europe’s oldest luxury hotel group, Kempinski, who tapped the Vienna-based architect Boris Podrecca and the Austrian architecture firm Atelier Hayde Architekten to carry out the renovation. Podrecca was also involved in building a few other Viennese landmarks, such as the Millennium Tower and the Praterstern Urban Square in front of Vienna’s railway station.

The architects saved the legacy of Theophil Hansen, that can bee seen through the striking façade, the monumental columns in the lobby, the ballroom’s foyer, the window frames and the staircases, as well as the the statue of the Greek goddess Nike on the roof.

From the moment you step inside, you’re surrounded by the magnificent design, envisioned by the interior designer Jean-Claude Laville. High ceilings and a timeless design, offer a perfect atmosphere for every kind of stay. The elegant ambiance is achieved through the combination of muted shades of brown and beige with the accents of contrasting colors. Laville designed the unique furniture pieces specially for the hotel, using the walnut as well as flame and bird’s-eye maple.

Luxurious, 1920s inspired interior design extends from the spacious lobby lounge up to the generously sized rooms. Luxurious details such as king-sized beds, an in-room tablet entertainment system, a working desk, a mini-bar with a Nespresso coffee machine, Wi-Fi, and an in-room safe, give a warm and sophisticated touch to each room.

Each of the 98 rooms and 54 suites have the pieces of art that reflect Vienna’s culture and history, featuring the scenes of ballet or music.

The design of the Spa takes the inspiration from the four European seasons, featuring the impressive  decorations, colors and patterns of the Ottoman Empire, as well as the Viennese1920s-style glass art. It is equipped with outstanding facilities, including a modern gym, six treatment rooms, a hydro pool, a steam room, a bio-sauna and a Finnish sauna with mixed and ladies-only areas. Special treatments include the HydraFacial and the Rhassoul treatment.

Some of the best restaurants in Vienna are located at the Palais Hansen Kempinski Vienna. Die Küche Wien is a perfect place for breakfast or lunch, while the Michelin-star restaurant Edvard offers a modern Alpine Mediterranean cuisine. You have to try the apple strudel and the traditionally served afternoon tea at The Lobby Lounge & Bar, and if you are a fan of traditional Japanese sushi art, Daihachi is a place for you. 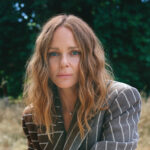