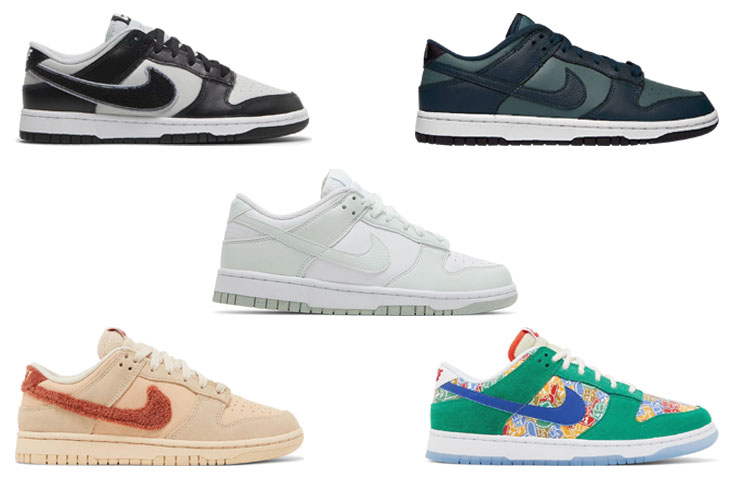 Let’s put aside the fact that the Nike Dunk has had so much influence on basketball shoes that it continues to this day, but the influence we’re talking about here is even bigger than that. Some 15 years after its first release, in the early 2000s, we saw the Nike Dunk take on its SB form and give the modern version of the sneaker its key reference point. From the wild colors and textures, SB Dunks made people stand in long lines (even camp out) in front of the stores. Bookings, pulling ties, camping out in front of malls is something that speaks volumes for how important these sneakers are to many fans. This line, in its countless variants, is a real lure for collectors who are ready to shell out serious numbers to get their hands on the most popular models. Collaborations such as those with the brand Off-White or rapper Travis Scott are listed best, but Nike also launches its colors within the SB division that are not related to well-known names. DSCENE team prepared a list of the best releases to come this December. Read on to explore our picks:

Just in time for the cold weather, Nike introduces its fuzzy version of Dunks, the Terry Swoosh dunks. Nike continues to bring the unconventional looks to their Dunks, and make them even more attractive to its customers. The sneaker fuses pale pink hues on the overlays and underlays with the matching shoelaces, with a contrasting Swoosh sign dressed in a fuzzy material. Perfect for the upcoming holidays, the pair is now available to shop and you can cop yours at the selected retailers at the price of 120$.

If you are a lover of a simple silhouette and colorway, then This ‘White Mint’ dunks are the perfect fit for you. Combining the pastel two-tone palette with a sustainable build, which is made from 20% recycled materials, the sneaker belongs to Nike’s Next Nature inititative. The synthetic leather upper is made from a pristine white base with lightly textured forefoot and heel overlays in pale mint green colorway. The Nike branding can be seen on the woven tongue tag and leather heel tab, as well as in form of the Swoosh on the sides. Perfect for combining with every type of outfit, elegant or sporty. The price for this pair is set on $110, and its now available at Nike and selected retailers.

If you’re a fan of the iconic Panda colorway, but you’re trying to upgrade the look we recommend the Chenille Swoosh dunks. Dressed in a simple two-tone leather construct, the core of the pair leans on its heritage. The grey uppers and black overlays merge with a relatively straightforward black and white sole unit, though for a change, the midsole is lightly peppered with Grind Rubber. The Swoosh which sits at the midfoot is made from a chenille textile. Elsewhere, you can expect staple brand marks at the tongue, heel, and insole that complete the design. You can cop your pair now for a price of $120.

One of the most expected releases, the ‘Armory Navy’ features Dunks classic building materials, like leather and nylon. This time the pair utilizes Dark Navy and Mineral Slate on the uppers, while the nylon tongues include traditional Nike branding. Also making a return with this pair are two Nike Checks on the sides and embroidered NIKE text on the heels. For added contrast, a dark base rests atop a white midsole paired with black outsoles. The silhouette is set to release on December 13th with a price of 120$.

Last, but not least, the ‘Foam Finger’ which are made for sports fans. The sneaker features Stadium Green suede overlays with a jumbled print made up of multicolor foam fingers. The royal blue leather Swoosh provides a strong contrast with University Red Nike brandings at the tongue and heel tab. Anchoring the sneaker is a crisp white midsole, fitted with a lightweight foam wedge and bolstered by a translucent rubber outsole. If you’re not sure which one to pick or you’d like to find out more about this amazing silhouette, visit the Nike dunks guide. 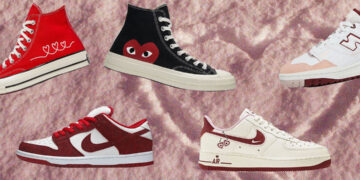 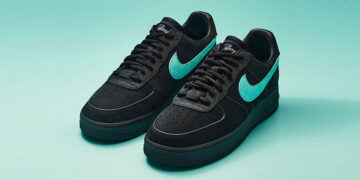 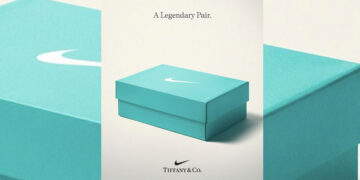