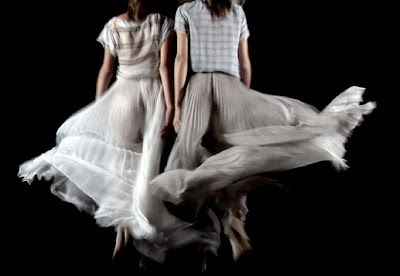 Film: Made By SHOWstudio
Chalayans new collection was shown through a film collaboration with design company SHOWstudio, instead of a catwalk for Paris fashion week.

"The fashion crowd aren't naturally receptive to a film in place of a catwalk show so Hussein and co. were rather holding their breath tonight. But the general consensus was that there was enough detail shown of the 30 or so looks filmed to constitute a thorough representation of the collection. Some resistance is to be anticipated, but it felt like Hussein made an important progression for fashion film tonight in the face of some Canute-like opposition to the inevitable forward march of fashion technology."

View the film and more here 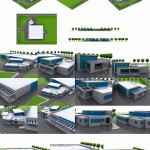