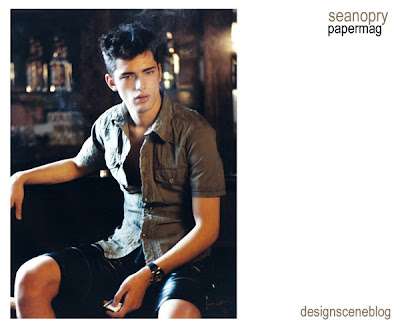 Model: Sean O'pry
Magazine: Paper Magazine
Issue: April 2008 – Beautiful People Issue
Website: papermag.com
While some people use their MySpace profiles to hook up, last year 19-year-old Sean O'Pry's MySpace profile got him the ultimate hook up — a modeling contract from agent Lana Winters of VNY Model Management. "You have to be careful that it's not someone spamming you," he says. "So I checked it out, and it turned out to be legit — I thought, 'Why not?'"

Sean-O, as he's affectionately nicknamed by family, friends and industry folks, then traded in his Georgia peaches for the Big Apple and became an instant natural in front of the camera. As GQ Style's 2007 "Man for the Season," the fashion world has quickly embraced O'Pry with coveted campaigns for Calvin Klein, Dsquared2, Belstaff, Gianfranco Ferre and more. "[Modeling] is not like it is on TV," he noted. "TV makes it look so cheesy — you don't just stand in front of the camera. You do get to interpret the clothes, and you actually get to act a little bit, which is fun." While O'Pry's traveling the globe for work, flinging around Italian slang or tasting exotic foreign cuisines, there is one thing this good ol' Southern boy still craves: "I miss Waffle House. I miss the Southern food the most." So what's up next for Sean-O? "I never really know what's next in my career. This is definitely a wild ride," he reflects. "Before everything was planned out, but after I started modeling, everything has been unexpected." Jin Moon Source TFS
105
SHARES
ShareTweetPinterest 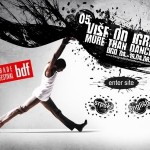