The Strata Tower, a forty-story, luxury residential building designed by architects Hani Rashid and Lise Anne Couture of Asymptote, has broken ground on Al Raha Beach and is now under construction. The tower is scheduled for completion in early 2011 and, at a height of 160 meters,  it will be a signature architectural statement. Sophisticated computer modeling and tools were utilized to produce the building’s intelligent, environmentally responsive louver system that is held in a unique, cantilevered exoskeleton structure. The exoskeleton veils the entire tower in a shimmering curvilinear form set against Abu Dhabi’s surrounding desert and sea, embracing and reflecting the ever-changing light and atmospheres that enfold and contain it. – from Asymptote
60
SHARES
ShareTweetPinterest 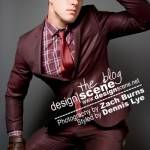 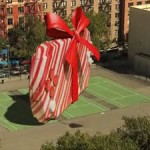