Magazine: Capitol File
Cover Girl: Kate Beckinsale
Issue: 2009 Inauguration Issue
Photography by Jason Bell
Styling: Tara Swennen at the Wall Group
Hair: Richard Marin for Cloutier
Known for her expertise in supernatural thrillers, Kate Beckinsale is taking a break from the fictitious underworld for a turn in the “ripped from the headlines” political thriller Nothing But the Truth, and she’s nothing short of amazing as she portrays one of America’s most iconic first ladies in an exclusive fashion shoot. Over the past decade, British beauty Kate Beckinsale has had an American movie career that’s encompassed every genre from romance (Serendipity, The Aviator) to horror (Vacancy, the Underworld series). And while most of her films have been well received by audiences, she hasn’t yet found that singular project that could propel her into the upper realm of paychecks, or possibly thanking the Academy. Until now. Read the rest HERE.
75
SHARES
ShareTweetPinterest 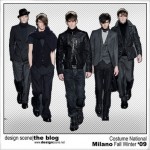 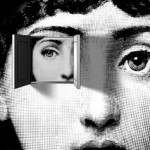