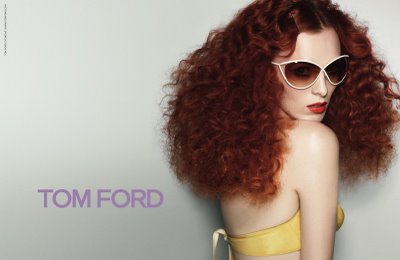 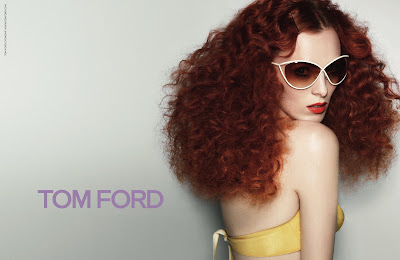 Collection: Tom Ford
Season: Spring Summer 2009
Model: Karen Elson
Photography by Tom Ford
Website: www.tomford.com
Tom Ford not only art directed his spring men’s wear and eyewear advertising campaigns, he also shot the photographs for the first time. “I have taken pictures for years, but recently have become more serious about it and have started shooting portraits,” said Ford. “I have always felt that an advertising image is in a sense the last layer of the design, and so decided this season to just shoot the campaign myself.“
The ad images were shot in a Los Angeles studio featuring the label’s signature male model, Jon Kortajarena, and model Karen Elson. They will launch in March magazine issues. The company has planned ad pages in line with last year.
“Fashion advertising lately has become very complex in terms of production, and I think that often, in these dense, heavily art directed campaigns, that the clothes seem to get lost a bit,” said Ford. “I wanted to create clean, straightforward shots of a handsome man in beautifully cut clothes. Simple, clear, and fresh.” Source: Women Model Management