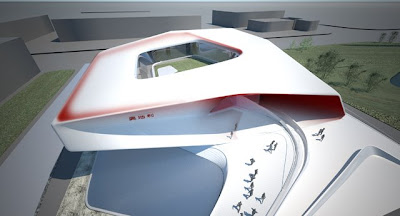 Project: Austrian Pavilion Expo 2010
Location: Shanghai, China
Designed by SPAN and Zeytinoglu
Website: span.vox.com and www.arkan.at
A jury of nine members today announced that SPAN & Zeytinoglu, Vienna, won the architectural competition for the design of the Austrian Pavilion at the EXPO Shanghai 2010
„ The main driving force behind the design of the Austrian Pavilion for the EXPO in Shanghai 2010 can be described as acoustic forces, or more accurately as music. Music as a concept that reflects continuity in terms of architectural articulation that seamlessly connects the various spaces within the program. The embodiment of the sonic conditions within the space manifest the architecture of the pavilion, which resonates to the rhythm of the Video Jockeys (VJs) performance – the conductor of the atmospheres within the main space. The rich history of Austrian musical tradition makes it possible to create a performance program reaching from Baroque Music, to the classic area to the Modern age to contemporary acts. The space unfurls from within the topological body, from the main space, the audience chamber, to the exterior epidermis. This process creates pockets, pochés that include the rest of the program such as Shop, Restaurant, Office, and the VIP Area. Each one of those programmatic areas includes qualities co notated with the quality of living within Austrian conurbations: Music, Culture, Culinary expertise, urban textures, opulent landscapes and lavish foliages.“ (SPAN)
*Photo credit: SPAN & Zeytinoglu
105
SHARES
ShareTweetPinterest 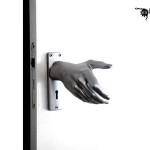