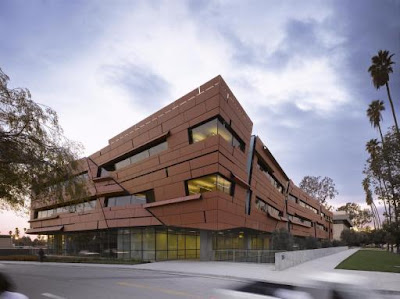 Project: Cahill Center for Astronomy and Astrophysics at Caltech
Designed by Morphosis Architects
Location: California, United States of America
Client: California Institute of Technology
Size:100,010 gross sq ft / 9,291 gross sq m
Program: Laboratory and administrative academic building with auditorium and library
Design: 2004 – 2007
Construction: 2007 – 2008
Type: Educational
Website: www.morphosis.com
In the tradition of ancient and modern architectural observatories found around the world, the building itself conceptually acts as an astronomical instrument. A vertical volume pierces the building, tilting its lens to admit light from the skies. The result is an occupiable telescope, a public stair space that links earth and sky even as it strives to link person to person. 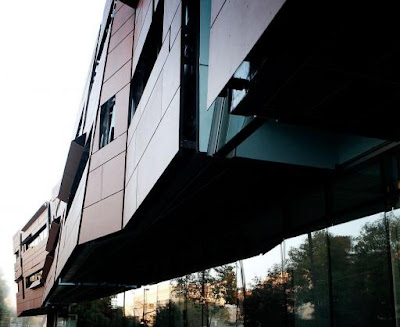 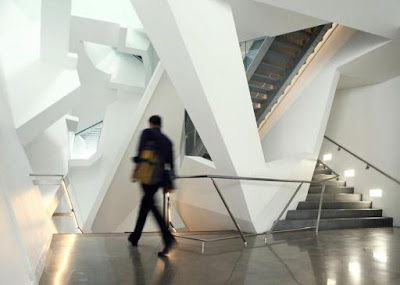 Since the construction of the Palomar Observatory in 1948, the California Institute of Technology (Caltech) has continuously pioneered new ways of observing and explaining the heavens. Caltech scientists and engineers have deployed ever-changing telescopes on satellites, rockets, and balloons, and with these have made fundamental discoveries leading to new theoretical models. Paramount discoveries that have come out of Caltech include the cosmological nature of distant quasars, gamma-ray bursts, and brown dwarfs. In 2007 alone, Caltech astronomers found the largest object orbiting the sun since the discovery of Pluto in 1930, as well as the most distant galaxy in the universe. Yet, over the decades, the various specialists dispersed across the Caltech campus. The Cahill Center for Astronomy and Astrophysics brings together a dozen different groups with vastly different cultures, focuses, and scopes into a single structure designed to facilitate collaboration and spontaneous discourse.
Located on Caltech’s South Campus directly across California Boulevard from the Institution’s historic North Campus core, the Cahill Center physically and symbolically connects the two campuses. The new building’s scale, orientation, horizontal massing, and material language connect with the original complex of Spanish and Mediterranean buildings across California Boulevard (a significant part of the campus’s historic core as envisioned by Bertram Goodhue’s 1917 master plan). On the south side of the building, the athletic fields appear to extend all the way to the building’s edge. A grove of newly planted sycamore trees, part of the overall landscape strategy, create a natural but permeable boundary. The new building extends a primary north-south axis across California Boulevard, stitching the two campuses together. A series of north-south interior corridors—literally, “stitches”—reinforce this connection and serve to orient circulation. Floor to ceiling glazing terminates the stitches: the southern façade’s glazing overlooks Caltech’s large, open athletic fields, while the northern façade’s glazing offers views back to the historic core and to the San Gabriel Mountain Range beyond. More info and images at Morphosis.
*Source | Morphosis
*Photos | © Morphosis Architects, Inc.
75
SHARES
ShareTweetPinterest 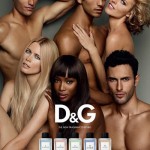