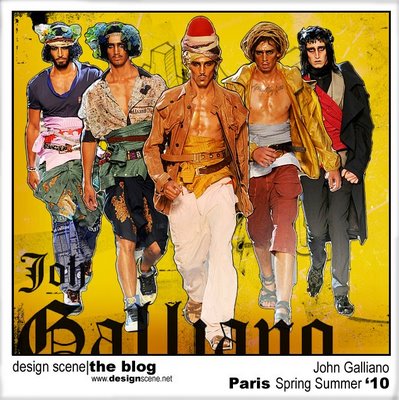 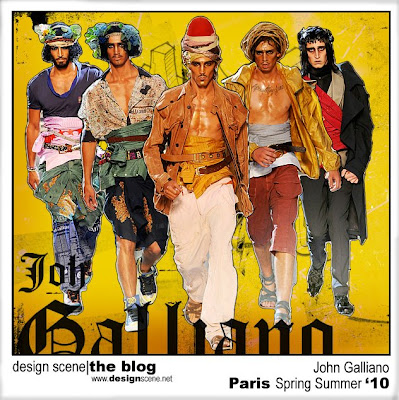 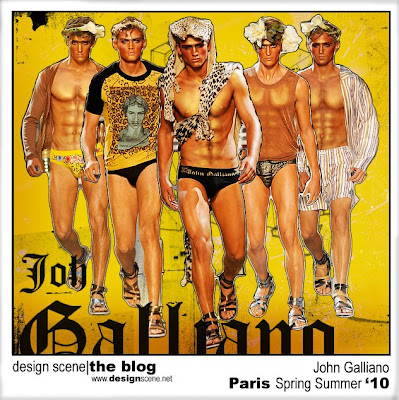 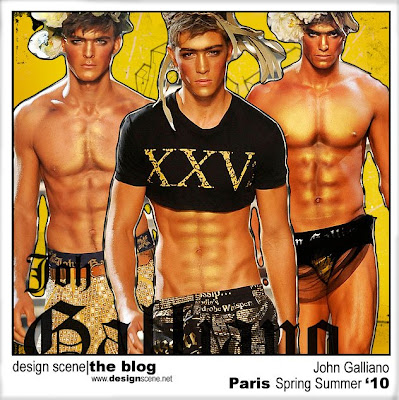 The show we all love for its theatric side, started with quite a cinematic arabian world inspired soundtrack and finished with P.Y.T. tribute to late Michael Jackson, giving backdrop for yet another Napoleon inspiration by the designer. The vast collection was actually more visible this time, under layers of make up, that all gave us a hard time recognizing our favorite models (pirated version of Cole Mohr, Simon Nessman and up and comer Francisco Lachowski standing out), shirts replacing belts, you could see a collection full of investment pieces, something you will want and something you will keep. Finale assured that Galliano is not leaving his signature newspaper prints, which were all over his underwear part collection, with a touch of flowery overlay. Click on the image below to view the video at johngalliano.com, where you can have a very detailed preview of the Spring Summer 2010 look book: