Artist: Imogen Heap
Album: Ellipse
Release Date: August 24. 2009.
Website: www.imogenheap.com
After the leaps she made on the release of her last breakthrough album Speak For Yourself, British singer-songwriter-producer and two-time Grammy nominee Imogen Heap remained true to her do-it-yourself ethos, building her own studio in the old family home in Essex. Picking up where she left off, Imogen continues to redress the Artist/Audience relationship with Ellipse by enlisting the help of her huge fanbase to write the biography for the new album via Tweets submitted by her 650,000 (and counting!) followers on Twitter, to contribute artwork designs, and by keeping her fans up-to-date on the recording of the new album over 38 vBlogs, all available on her website. Upfront of the new album, Imogen even invited fans to complete an unfinished track “The Song That Never Was”, providing the lyrics, with over 500 fans adding backing music for their own versions.
Log on to imogenheap.com and stream the full new album for free.
75
SHARES
ShareTweetPinterest 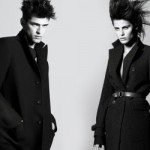 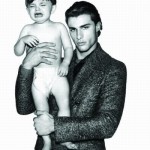