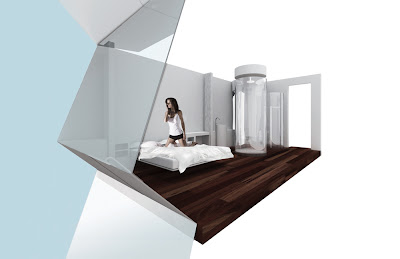 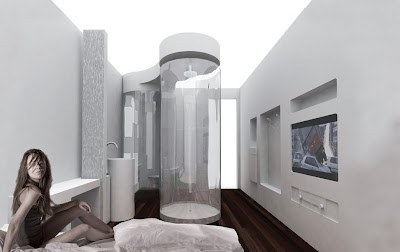 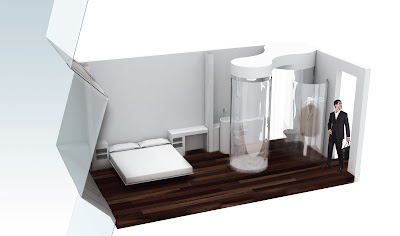 Project: L.E.S. Hotel (Lower East Side Hotel)
Scope: 90,000SF, Restaurant, Public Plaza, Ballroom, 220 Suites
Location: New York, New York
Designed by ODA-Architecture (Office for Design and Architecture)
Website: www.oda-architecture.com
The ground up Hotel will be located between the Lower East Side (L.E.S.) and Soho. This hotel will feature over 220 rooms with expansive city views in a clean minimalist setting allowing the guest to use their personal aesthetic as an impromptu installation. Public spaces relate to the evolutionary style that will become the first fashion hotel fit with temporary installation allowing it to change moods with the seasons. This direction bring the gallery, nature, and living closer together. Images of the exterior solution and more info under the cut: 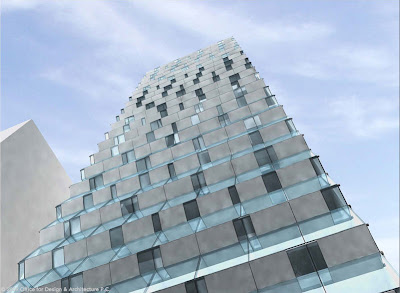 The relationship between the Owner and Architect was critical for accomplishing the common goal of accommodating an aggressive program within a condensed site. The design concept for entire building grew from the inside out. The owner challenged the architect to create small guest rooms that felt large. Working within a ten foot six inch wide room, the typical bathroom encasement was the first thing to be eliminated. With the skin of the bathroom removed, the guts of the fixtures were exposed and celebrated. The guest could now experience the entire room from the door to threshold. Tempered and laminated cylinders for the shower, toilet, and closet were designed and engineered off site to provide layers of transparent and efficiency construction.
An accordion perimeter wall was shaped from the interior to give the allusion of expansive space within the room. The accordion pattern resulted in the innovative aesthetic of the exterior. Careful study was given the amount of angle the facade could take at the building line before it would be considered floor area.
City Planning Commission and their strict guidelines were involved in the layout of the public plaza that was used at the ground level. Skylights at the plaza level were used to bring daylight to the cellar floors. 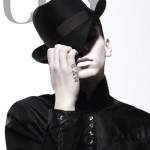 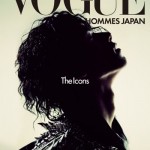