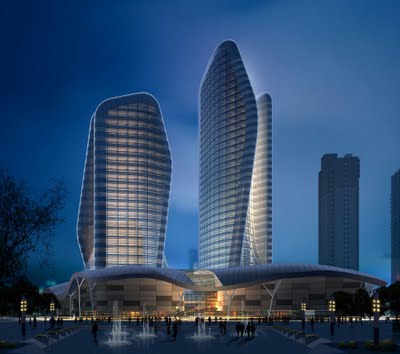 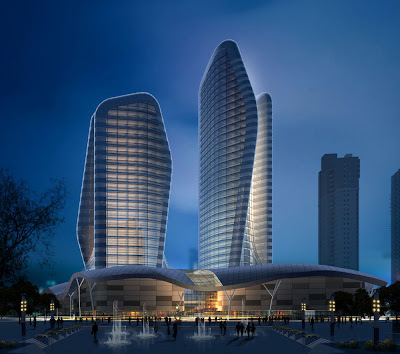 Project: Pebbles
Designed by Atkins
Location: Wuhan, China
Completion time: 2011
Website: www.atkinsdesign.com
Construction of 2 Atkins-designed high rise towers set for Wuhan, China is ebbing closer as the designs are awarded local government planning approval. Facing the main route to the city centre from the Airport and the main railway station, the two towers are expected to provide an ‘important landmark for the gateway into the city’, according to Martin Jochman who is leading the design team for Atkins China. More images and info under the cut: 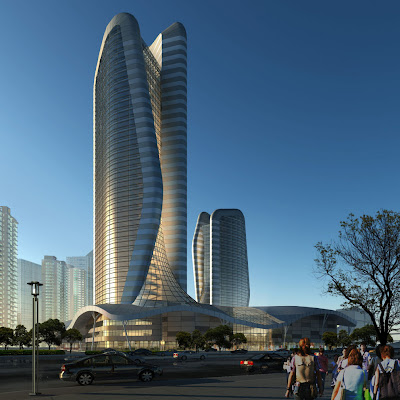 A 200m five-star hotel will sit next to a 150m apartment building, located above four floors of shops, conference centres and a cinema complex.
Wuhan is one of the largest Chinese industrial cities, located on a confluence of two major rivers – Yang-tze and river Han in central China helping to inspire the design which will resemble ‘smooth pebbles polished by a mountain stream’.
The project is entering the next stage of design development and completion is expected by 2011. – from World Architecture News
Ad seen on World Architecture News.