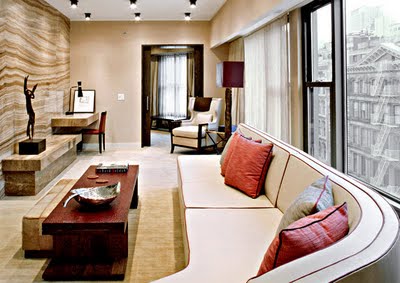 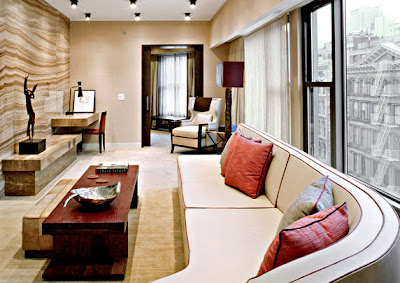 2 Avenue of the America, New York
tel: 1.212 519 6600
Rates: $3.500 for Penthouse Suite
Website: www.tribecagrand.com
Like the neighborhood itself, the Tribeca Grand Hotel is subtle yet luxuriously sleek—the hotel design is a mix of clean classic lines with bold punctuations of color and style. One of the top hotels New York has to offer, Tribeca Grand is hip without the flashy hype. The simple red brick façade decorated with signature cast-iron detailing was inspired by the materials that appear throughout the TriBeCa area. The hotel understands that taste is as much a question of well-articulated design as it is of location, and this explains why the ultimate New York luxury hotel fits so perfectly among its neighbors. Continue reading for more info and images: 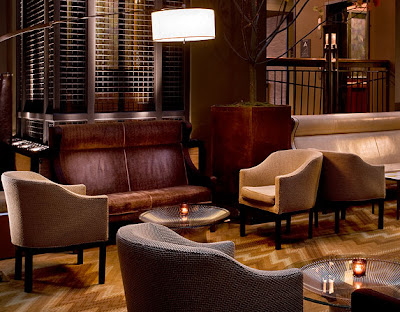 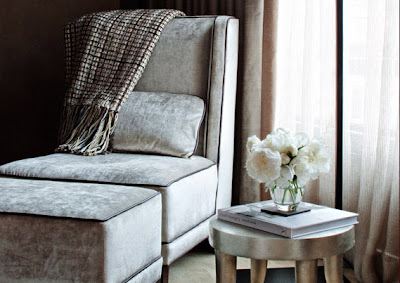 Inside, the feeling is tranquil and just a little bit decadent. The super-spacious central atrium, originally designed by Larry Bogdanow of Bogdanow Partners Architects, offers an airy vaulted core reminiscent of grand cathedrals as well as Hitchcockian mid-20th century public buildings like the old Penn Station or the Singer Building. A mix of mystery and lush precision defines the modern New York hotel, creating an atmosphere unparalleled in other New York City accommodations. 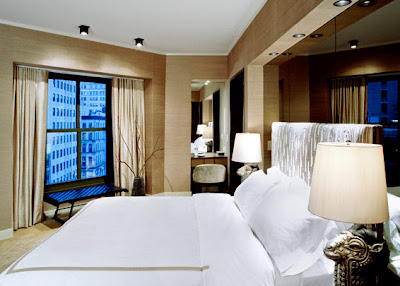 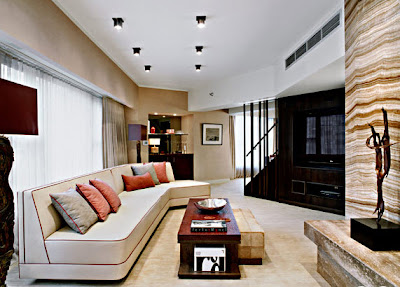 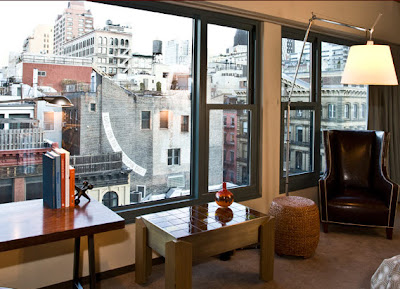 Recently reworked by designer William Sofield of Studio Sofield, the atrium plays host to one of the most happening scenes in the city—the downtown New York nightlife destination Church Lounge. Here lively organic colors in the vein of Frank Lloyd Wright serve as the perfect backdrop for leisurely drinks and late cocktail gatherings for both guests and New York natives. A true lifestyle hotel is as elegant in the day as it is seductive at night—a key ingredient of the Tribeca Grand atrium.

The hotel’s ultra-modern guestrooms work as cool counterparts to the warmth of the central atrium. Form certainly follows function, allowing for luxurious minimalist havens that are as much urban hideaways as places for work, leisure, and socializing. For more info log on to www.tribecagrand.com