Magazine: Intermission
Published: April 2010
Stylist: Benjamin Sturgill
Hair: Jeff Francis
Makeup: Stevie Huynh
Models: Sara Blomqvist and Julia Restoin-Roitfeld
Photography by KT Auleta and Patrik Sehlstedt
Website: www.intermissionmagazine.com
With all this talk of print dying it is always thrilling to see a new release coming to the newsstands, Intermission magazine edited by Daniel Magnussen is launching their premier issue April 12th with a double cove release. Sara Blomqvist was photographed by Patrik Sehlstedt and the famed socialite/occasional model Julia Restoin-Roitfeld poses for a lovely cover by KT Auleta. For more info log on to, Sara's cover is after the jump: 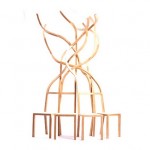 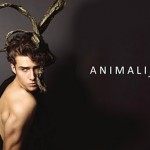