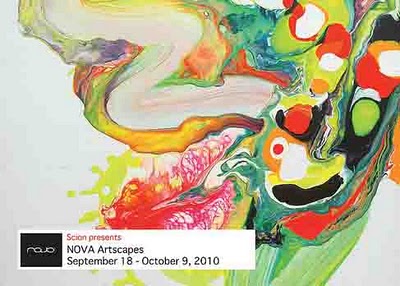 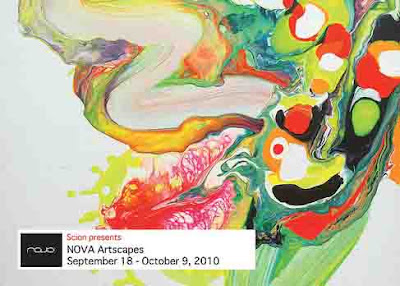 The opening reception takes place on September 18, 7 – 10 p.m. at Scion Installation L.A., 3521 Helms Ave. (at National), Culver City, CA 90232. The reception is free with complimentary valet parking and an open bar. Computer Jay will be the featured DJ. All the artists will be in attendance. The exhibition will run until October 9.

About the curator
Born in Spain and now based in Brazil, David Quiles Guilló launched ROJO® in 2001. The mission of ROJO® is to promote and support young and unknown artists from all around the world.

About the artists
Gustavo Gagliardo aka DEFI was born in Devoto, Buenos Aires and played an important part in the birth of Street Art in Argentina. While the street is his natural environment, his work has been exhibited in gallery spaces in London, Berlin, Los Angeles, Barcelona, Milan and Buenos Aires.

Koen Delaere produces about 100 to 150 paintings every year, but only twenty to twenty-five of these are given his ‘approval’ to go out into the world for exhibition, sale and installation in galleries, living rooms and museums. The rest are destroyed.

MOMO, a San Francisco native now settled in New York, is known for tagging his name the width of Manhattan, creating over sized collage, and faking a New Yorker magazine cover, amongst other art-related subversions. In 2009 ROJO published his first monograph 3am-6am.

Anna Taratiel aka OVNI creates her own landscapes by transforming movements into visible forms. She pushes people and objects, machines, antagonisms and similarities to exchange, to communication.

Rebecca Ward’s installations are site-specific works dependant upon the space they occupy. Utilizing existing lines, beams, and angles, each piece is informed by the individual site and its unique linear movement. Thus, her installations are inherently architectural.

Sosaku Miyazaki was born in 1975 in Japan, and lives and works in Tokyo and Barcelona. Strongly influenced by urban life, Sosaku’s creations first could be seen in Barcelona’s streets in 2005. His work ranges from painting to sculpture, covering photography, music, video, ready-made, installations and performance art.

Tofer Chin is a visual artist who has put a youth-impacted spin on contemporary art, imagery, and photography. He has designed urban art installations in Sao Paolo and was commissioned by interior designer Kelly Wearstler to create original works for Los Angeles’ Avalon Hotel and Miami’s Viceroy Hotel.

Yago Hortal is a prize-winning Spanish artist who lives and works in Berlin and has exhibited extensively throughout Spain.

More information on this exhibition is available at Scion Space website.