Image above is the subscribers cover, varying in less cover text from the newsstands one. 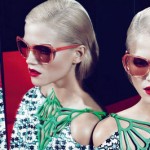 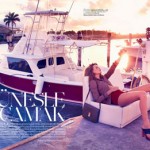