Project: Lanvin Milano
Designed by Lanvin Visual Team
Location: Via della Spiga 25, 20121 Website: www.lanvin.com
Besides fashion, first things coming to your mind when you think of Milan are the magnificent Duomo and Opera Scala, the city itself once again inspired Alber Elbaz and his team when it came to designing new Lanvin store in Milan's prestige Via Spiga, just on the corner with Via Spirito. This new space occupying more than 100 square meters will offer Lanvin's women ready-to-wear and accessory collections, as well as Blanche, 22 Faubourg, Tailoring, Swim and  Denim capsules.

“We are really happy to settle in the heart of the second capital of luxury, the only one that was missing in our network. The Hotel particulier welcoming us reminds the historic location of Faubourg Saint-Honoré in ”. “ is a considerable market for us, notably with the next opening of two more stores, one in , the other in .” – Thierry Andretta, Lanvin’s CEO

'Till the opening of new stores in Roma and Bologna, enter Lanvin in Milano at least through the interior images after the jump: 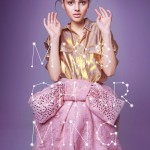 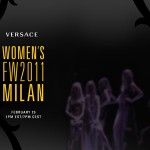