Magazine: Harper's Bazaar
Published: May 2011
Cover Model: Kate Moss |IMG Models|
Photographer: Solve Sundsbo
Website: www.harpersbazaar.co.uk
Supermodel Kate Moss, one of Alexander McQueen's favorite muses, photographed in designers dress for the latest cover of British Bazaar. This is the ruffled organza dress in which she appeared as a hologram in the Autumn Winter 2006 Widows of Culloden show. 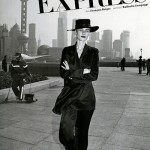 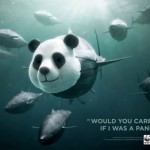