For the newsstands cover Angela is wearing Thomas Wylde while on the subscriber's one she's taking on Jil Sander's coveted veiled beanie designed by Stephen Jones. 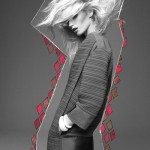 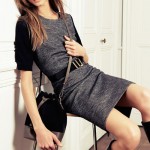