If our leaders would admit the fact of climate change and conduct their politics from that perspective then we might have a chance — we have 10 years at the most to stop it. How impossible it is for us to imagine ourselves victims of disaster. We suffer for the poor people who were thrown into the sea from their cruise ship off the coast of Tuscany, some losing their lives. Imagine a world of accelerating natural disasters, one after the other so that nobody can help anyone else. Public opinion is the only thing that will save us. – from Vivienne Westwood

Discover more than fifty winter ready looks after the jump: 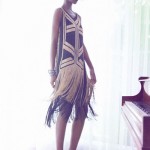 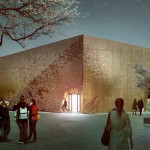