On her favorite designer: “I’m really into Ashley Williams.  She’s British, so young and fresh.”

On media’s eagerness to label her “the next Rihanna:  “It’s a great comparison but I don’t think about it.  When the album’s out, it’s going to separate me from that, without me having to say anything.”

On meeting Rihanna:  “We literally just had drinks, a dance and a good time.  There was no word talk.  It was a great party though.”

On her style inspiration:  “I always thought (Gwen Stefani) was so cool.  I think I’m man enough to admit she made me want to wear red lipstick.  When I saw it on her, I thought she was the prettiest person in the world.”

On making it big:  “People would tell me I was wasting my time, but I think a lot of musicians go through that.  I’m grateful all that happened because it meant I had time to build my confidence and grow as an artist.”

On meeting Jay-Z (Roc Nation label co-owner):  “I went in there and shook Jay-Z’s hand.  I’ll never forget that.  It all rested on that meeting and making sure they understood my music, and they did – quicker and better than anyone I’d ever met.”

On Drake (who penned her hit R.I.P.): “We’re great friends, if he ever needed me I’d fly out.  He’s one of the nicest guys I’ve ever met and if anyone talks shit about him, I get protective…I really admired that he was so interested in new artists even though he was new himself.  We just clicked.”

On Kanye West:  “He’s one of my fashion icons.  I’d love to be the female Kanye.  I think he’s so cool and effortless.” 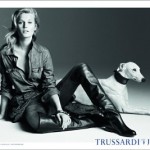 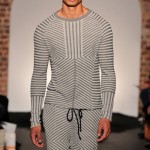