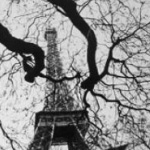 Jackson Fine Art is premiering on 100th birthday of Gordon Parks, in collaboration with The Gordon Parks Foundation and Arnika Dawkins Gallery, The Segregation Portfolio by renowned African American photographer Gordon Parks. Showing 12 newly discovered colour photographs taken during a Life Magazine assignment in 1957 on race relations in the south.

Central Park & Paris rediscovers “the park” as a democratic retreat from bustling city-life:  “Central Park is a man-made environment that can make us believe we are in the wilds of Minnesota or on the peaks of the Bridger Wilderness. As we stroll the Ramble, explore the Ravine, or jog along the Reservoir, the line between reality and illusion is blurred. The park has trees more than a century old.“ – Bruce Davidson