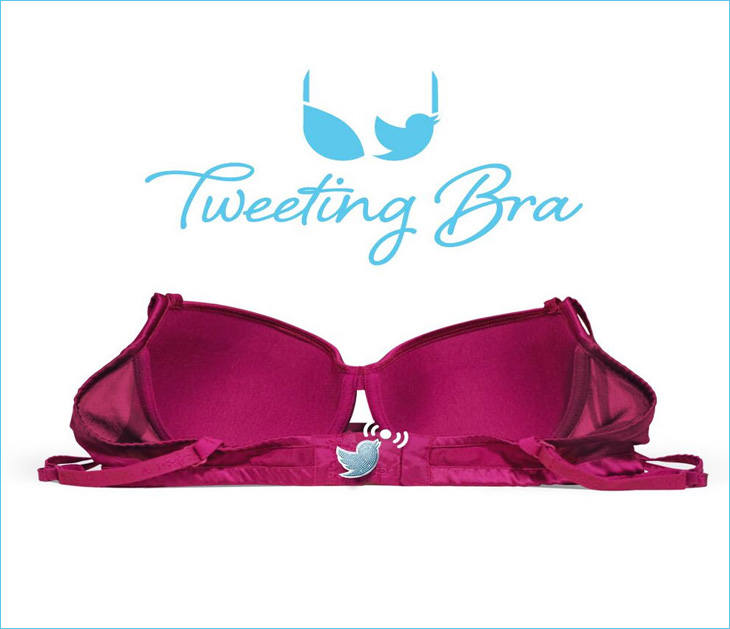 Social media is now part of our every day lives, and no doubts it is hear to stay. As a leading innovator Nestlé Fitness is exploring the idea of social media as a tool in helping Breast Cancer prevention. Twitter users are now using those 140 characters as diary of their own. So why not use it for something potentially life saving? The Tweeting bra, in lets simply say cute way, actually reminds you its time for something very important. For a good cause, it will tweet-remind you, it is time for self-examination.

How does it work? The bra that tweets, when unclasped (thanks to technology) will send a tweet reminder. The Tweeting Bra promotion is starting with Greek TV personality Maria Bacodimou, whose twitter account is already connected to the device. To find the tweets and more info about the campaign feel free to check out @TweetingBra.

As the medium most capable to communicate with people around the globe Twitter is social media network of choice. Most importantly, the campaign aims in this charming way to send a life saving message. The self examination as easy as it is, is often left forgotten. What we need is a timely reminder, sending the message across. The most important form of fight against Breast Cancer is early detection.

But what exactly is the magical tweeting device? The bra is actually hooked to a low voltage bluetooth device, which sends info to your mobile phone and sends out a tweet for you. Unclasping your bra is the trigger for the twitter bird.

Today breast cancer is the most common cancer around the globe, mostly affecting women. Less than one percent diagnosed with breast cancer are actually men. Detecting it early will most likely saver your life, to repeat, early detection is everything.

So how can you help and spread the word? Easily, by following Tweeting Bra at twitter, and you can also spread the word by retweeting one of the many useful tweets @TweetingBra. Another easy way to join the conversation is simply by following and engaging with #tweetingbra hashtag.  If you need more info, as well as the help with self-examination process you can also log on to campaign's official web page.

“This post has been sponsored by Nestlé Fitness, but all thoughts are our own”.