Styling for the shoot is courtesy of Karl Templer, who dressed Julia in a muslin mulitcoloured print Chanel, with corresponding bijoux from the label. Celebrating Chanel makeup artist Pat McGrath used Vitalumière Aqua, n. 10 as well as the Poudre Universelle Libre, n. 20, a face powder concealing imperfections and assuring a long lasting result. Manicure courtesy of Jin Soon Choi for JINsoon. Set de­sign by Mary Howard and on set PRODn at Art+Commerce.

Aways on the lookout for inspiration in the new and unusual, Meisel began working with Christy Turlington, soon to be a superstar, in 1986; she in turn introduced him to the other two members of the supermodel Trinity, Linda Evangelista and Naomi Campbell. (“When I met Steven I was struck by his beauty,” Naomi would later say, “what a beautiful man, beautiful skin and beautiful cheekbones!”[4]) He made them over, again and again, into countless personalities and guises, from biker chicks clad in leather jackets to bohemian royalty bathed in sequins. His models are always eager to mold themselves to fit his vision. “If he says it’s so, it’s so,” Coco Rocha has acknowledged. “And that makes your career. He’s the Godfather of all models.” – from the public section of VOGUEPEDIA archives.

Julia is represented by renowned modeling agencies such as DNA Models in New York, Premier Models in London, and Elite Models in Milano. January edition of Vogue Italia hits newsstands on January 3rd in Milano, followed by the rest of Italia.

For more of the new Vogue Italia issue log on to www.vogue.it 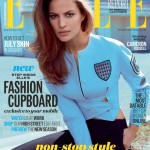 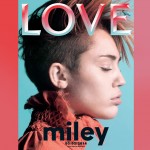