The recently separated supermodel Miranda Kerr looks stunning as ever for Harper's Bazaar Australia cover shot by the prolific Terry Richardson (despite the Miley-Cyrus-Outrage). Miranda is represented (almost globally) by the prestige IMG Models.

“When I got the contact sheets back there was this one image, two frames,” Mr. Richardson said. “There was a shot of a girl, with her legs open, she had white panties.” Then he noticed that her pubic hair was visible. “When I was shooting her, I didn’t see that,” Mr. Richardson said, adding, “It’s like a happy accident.”

Ms. Hamnett used the image in a subsequent ad. “People think you did it on purpose,” Mr. Richardson said of the shock value. “But to me it doesn’t really matter. It was still a cool image.”

“That’s why we like him,” said the actress Chloë Sevigny, who has known him since 1995. – extract from The Naughty Knave of Fashion’s Court piece on Terry by The New York Times.

For a sneak peek of the revealing cover story log on to www.harpersbazaar.com.au. 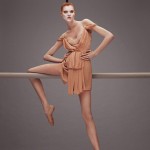 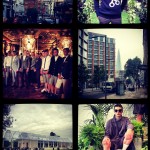