Supermodel Claudia Schiffer becomes the striking covergirl of Harper's Bazaar Spain photographed for the September 2014 edition by Sebastian Faena. Claudia was styled for Bazaar's cover story by the famed editrix Carine Roitfeld who is in charge of magazine's international fashion direction. For the cover Claudia is clad in a total CHANEL look.

The legendary Claudia is represented by One Management in New York, Marilyn Agency in Paris, d'management Group in Milano, Elite Models in Copenhagen, and Model Man in Hamburg.

Schiffer is back on the scene this season landing major campaign such as Dolce & Gabbana and appearing in cover story for Vogue Japan.

For more of Bazaar Spain log on to www.harpersbazaar.es. 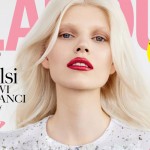 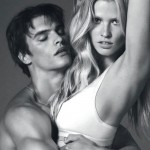