‘I’m going to miss him, a lot of people, even my friends, were saying, “Is he really dead?” And it’s absurd, but I think there’s a part of me that is also a little unsure. I’ll really start to believe it when we’re filming and he’s not there. That’s going to be hard and sad. I loved working with him and he carried half the weight of the show. So I’m a little bit daunted about what that means for me.’ –  Claire on how to reboot the series without Brody (Damian Lewis). 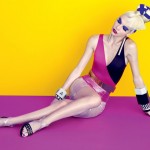 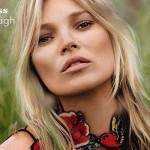