British Fashion Council and VOGUE are for few years now keeping an eye on the emerging British designer talent. Their latest shortlist for the BFC Vogue Designer Fashion Fund indeed features some of the most promising names to show up on the British fashion scene.

“It was exciting to have such a diverse shortlist to consider, all of whom have carved out a distinctive niche for themselves. I congratulate all of them for reaching this stage in a highly competitive arena.” – Alexandra Shulman, Editor of British Vogue and Chair of the Fund Committee

It is fair to say this list itself marks a new chapter in the career of these rising designer, some more or less are already known to the fashion public. One of the selected designer will have the chance to take part in a one-year long mentoring support programme, in addition to £200,000 which will allow the winning designer’s business to grow.

In it’s sixth year the fund has helped a list of indeed promising designers, this year BFC is bringing the whole selection process much closer to the public. With fashion scene’s ties to the online world going closer by the minute, BFC has created an exclusive online video series – Designer Fashion Fund. The series is set to showcase the application process, the path of the designers, as well as interviews with the judging panel. In addition previous winners Erdem, Christopher Kane, Jonathan Saunders, Nicholas Kirkwood and Peter Pilotto will be making an appearance.

In the coming months the episodes will make their debut on youtube.com/BritishFashionTV channel – make sure to subscribe, we already did.

Connected to a truly British sentiment are also the label’s supporting the fond – Burberry, Debenhams, Harrods, Paul Smith, and Topshop. 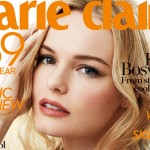 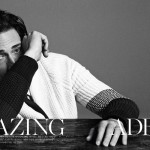