Yesterday’s Colcci show was a surprising runway farewell for Brazilian supermodel Gisele Bundchen, who backed by her friends and family sitting in the front row took her final catwalk. After the historic final walk Bundchen took to Instagram:

I am grateful that at 14, I was given the opportunity to start this journey. Today after 20 years in the industry, it is a privilege to be doing my last fashion show by choice and yet still be working in other facets of the business.

Whether this really is a runway farewell or just a long break the time will tell. Bundchen is certainly at this time able to take some time off. This move by the supermodel while her own decision has to do a lot with the state of the industry today. Enlisting a supermodel to take your runway is not a bargain deal, top brands are easily spending millions to organize their runway shows. Grabbing a supermodel for the catwalk might cost hundreds of thousands of dollars in addition.

Nevertheless this calls for our top 10 Gisele Bundchen Moments on Design Scene. We go through our wast archive of 8 years to celebrate the Brazilian supermodel. #10 GISELE BUNDCHEN TAKES HER OWN COVER OF AMERICAN VOGUE

Back in 2010 even the Ice Queen of fashion Anna Wintour could not stay away from the supermodel power that is The Bundchen, giving her the April 2010 cover of American Vogue. For the cover Bundchen teamed up with legendary fashion photographer Patrick Demarchelier. Who she collaborated many times before, on editorials as well as Vogue cover shoots for Portugal, China and recently Vogue Australia edition (see here). #08  GISELE BECOMES ONCE AGAIN THE FACE OF VERSACE

The supermodel returned as the face of Versace in a string of striking images shot by the fashion photography power duo Mert and Marcus.  First images were released back in January of 2012. #07 GRACES THE FIRST EVER COVER OF PORTER MAGAZINE

Founder of Net-A-Porter Natalie Massenet ventures into print arena with the launch of Porter magazine, only a little over a year ago. To grace the magazine’s first cover Bundchen was photographed by the legendary Inez and Vinoodh. H&M Campaign? Just another page in a supermodels portfolio, yet Bundchen follwed up her H&M campaign with her very own music video and single recorded for H&M. For a year now you could sing along All Day & All Of The Night with her. #05 DAFT PUNK FALLS UNDER THE SPELL OF GISELE FOR WSJ

In November 2013 Bundchen was joined by the golden boys of Music scene DAFT Punk, shot for the Wall Street Journal by photographer Terry Richardson. (see the whole shoot) The legendary French designer Sonia Rykiel has went for a sans-makeup look inspired by her own archived images for the Fall Winter 2015 campaign shot by the famed fashion snapper Juergen Teller. (see more) The king of the eveningwear and dazzling dresses Roberto Cavalli gave Gisele cover of his retrospective photo book shot by Mert and Marcus back in 2010 (There’s more here). Supermodels such as Natasha Poly, Mariacarla Boscono as well as stars like Jennifer Lopez had to settle for the inside pages of the book. It is hard to find a fashion editor / editor-in-chief as famous as Carine Roitfeld, therefore it was no easy task Emmanuelle Alt taking her seat at Vogue Paris. The new editor’s first cover of the Parisian fashion bible featured Gisele in a white Dolce & Gabbana dress, photographed by Inez and Vinoodh. #fashionhistory #01 BUNDCHEN BECOMES THE FACE OF CHANEL No5

Taking the spotlight of icons such as Nicole Kidman is just another day at work for the Brazilian supermodel. She was filmed as the new face of print and video campaign for the most recognizable fragrance on the globe Chanel No5. A crown jewel in her two decade long career.

Good luck to Gisele in her future non-runway endeavors!

Not enough? Browse the full Gisele archive on Design Scene. 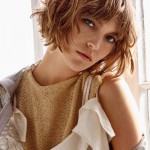 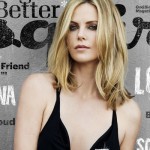